Travel with a National Geographic photographer and Hope alumnus and an expert birder and biologist on this bucket-list adventure. Back by popular demand, the program will take place May 9–23, 2019.

The Tanzania Safari is sold out!

This trip is now full. Please contact Pat Van Wylen to be added to the wait list. 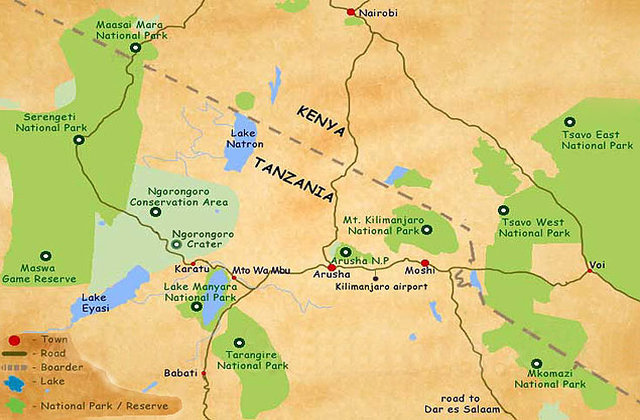 Tanzania is ranked as one of the best African countries for safaris. With almost a third of Tanzania protected for wildlife, viewing opportunities are endless. As you enjoy the northern safari circuit, an amazing array of wildlife and enchanting landscape will be evident. This program is designed to maximize animals seen and include cultural experiences along the way. Beginning in forest and woodlands with scattered lakes, ponds and wetlands, we move through wooded savannahs where trees and grasslands are interspersed, and finally to grasslands —both short and tall — culminating in the Serengeti.

Highlights of the program include:

The expertise and learning from ornithologist and professor emeriti Eldon Greij and National Geographic photographer Tim Laman ’83 cannot be underplayed. Eldon and Tim will share their expertise in the field and in program discussions and talks. 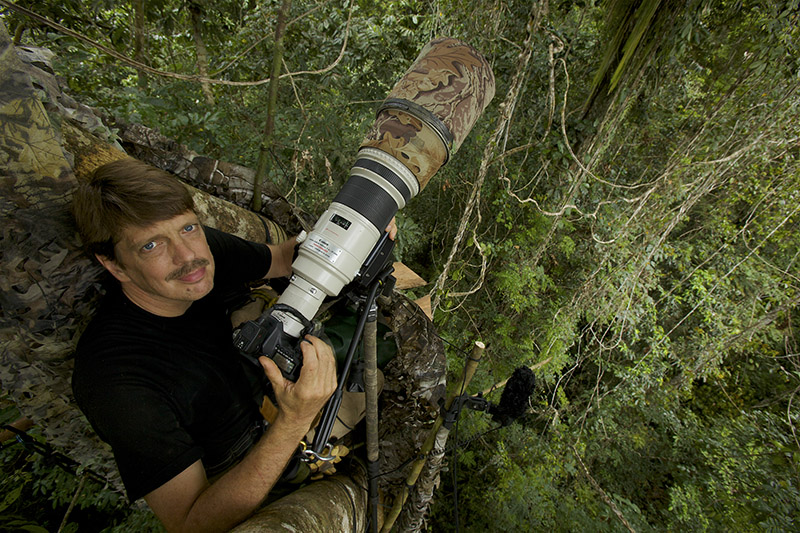 Tim Laman ’83 is a field biologist and award-winning wildlife photojournalist with a passion for exploring nature. Tim did research under four different professors at Hope College, including Eldon Greij, and earned his Ph.D. from Harvard. Since then he has been a regular contributor to National Geographic. On this program, Tim will share some of his knowledge as a freelance photographer, writer and research associate at Harvard’s Ornithology Department. Through breathtaking photos he tells the stories of wildlife and the environment. This will be Tim’s second trip leading a group to Tanzania with Eldon Greij. Learn more at timlaman.com. 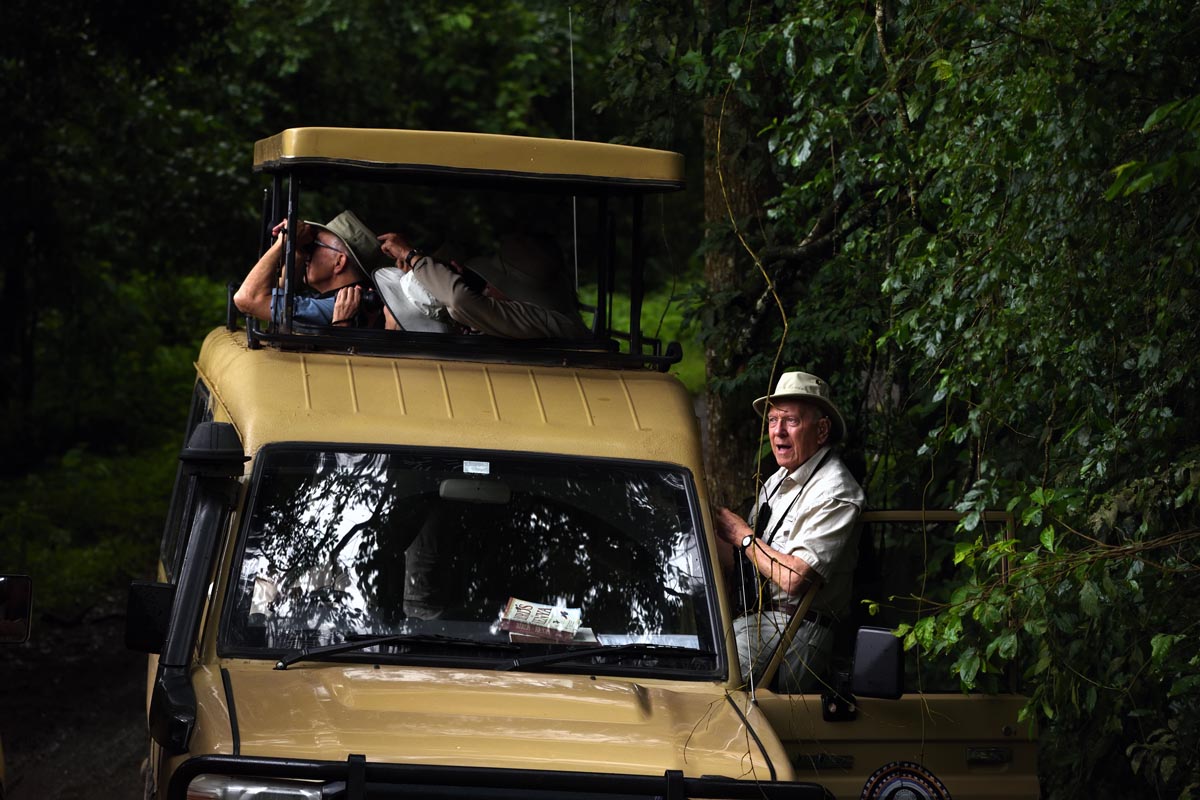 Eldon Greij, professor emeritus of biology at Hope College, received an M.S. in zoology from North Dakota State and a Ph.D. in ecology from Iowa State. After 26 years at Hope College, he launched the magazine, Birder’s World, and led international bird trips. He sold the magazine but continues to regularly write a column. He continues to teach on birds and has taught courses in the Peruvian Amazon and led programs in Tanzania, the latest in 2017.

Pat Van Wylen, coordinator of Hope’s newly created Global Travel Program. Pat is a longtime advocate for international studies and learning abroad. She has handled logistics and co-led multiple programs and looks forward to helping participants get the most out of the Tanzania Safari program. Her last time in Tanzania was in 2010 and she looks forward to adding to her bird and mammal lists.

This itinerary is tentative and may change. Here's a printable version for participants.

The tour begins in Arusha, Tanzania. You can meet the group on May 9 at Hope College or Chicago O’Hare, or on May 10 at Kilimanjaro Airport near Arusha. Our first event will be an evening check-in and dinner at the African Tulip, a luxury boutique hotel.

Our first full day in Africa is spent at Arusha National Park, which features habitats varying from wetlands to ponds and forests. Birds include flamingos, herons, stilts and plovers. Mammals include baboons, monkeys, zebras, giraffes, hippos and elephants. We return and spend the night at the African Tulip.

We begin the day at Tengeru Village, an empowerment training center for women, where we will learn and share a meal. We then begin a game drive through Tarangire National Park, which has diversity not found elsewhere in the northern circuit, and spend the night at the charming Tarangire SOPA Lodge.

We enjoy our game drive through Tarangire National Park. The rock hyrax appears and baobob trees dot the landscape. We spend the night at the Tarangire SOPA Lodge.

Excellent wildlife viewing continues as we depart Tarangire. Waterbuck and impala become more common and elephant groups are expected. Later in the day we learn about the tribe, the Iraqw, and tour a nearby hill-side home. We spend the night at The Retreat at Ngorongoro, a gorgeous new lodge.

Today we explore the enchanting Lake Manyara National Park, which Ernest Hemingway called the “loveliest place in Africa.” The park, with its phenomenal assortment of wildlife, snuggles against the imposing huge western wall of the Great Rift Valley. We return to The Retreat at Ngorongoro for dinner and the night.

Today we drive towards Ndutu Lake, within the Ngorongoro Conservation Area. The cheetah and grazing mammals, such as gazelles, are at home in the short grass plains of this region. We have dinner and spend the night at the Ndutu Safari Lodge.

We explore Olduvai Gorge, famous for early hominid findings and then spend two days exploring Serengeti National Park, the preeminent park in East Africa which is home to more than 2 million large mammals, including the big cats — lions, leopards and cheetahs. We spend two nights at the elegant Serengeti Serena Lodge.

Today we head for the Ngorongoro Highlands, moving from one UNESCO World Heritage Site to another. At the top of the highlands sits the rim of the Ngorongoro Crater, a collapsed caldera that is the largest in Africa. On Monday we pack a picnic lunch and descend to the spacious crater floor, where an incredible assortment of wildlife awaits us. Both nights are at the beautiful Ngorongoro SOPA Lodge, located on the crater rim.

On our final full day we visit a Maasai Village to learn about their culture and drive back to Arusha, staying our final night at the African Tulip Hotel.

A day of leisure in Arusha, and a late afternoon transfer to Kilimanjaro Airport for our evening flight to Amsterdam.

The Serengeti is the world's most famous national park and the number one safari destination in Africa. Serengeti, which means "Endless Plains" in the Maasai language, is primarily a grassland that covers an area of 12,000 square miles, and is best known as a home for the big cats — cheetahs, lions and leopards. It is designated as a UNESCO World Heritage site.

The Ngorongora Conservation Area (NCA) is a 3,000-square-mile region in the highlands. The climate is cooler, especially at night. The NCA is known as the only site in the world where indigenous human populations co-exist with wild native animals. For more than 200 years, the Maasai, a semi-nomadic tribe of pastoralists have lived in the NCA.

Within the Ngorongoro Conservation Area is the Ngorongoro Crater, the second most popular safari site in Africa. The crater formed some 3 million years ago when a volcano almost the size of Mt. Kilimanjaro, exploded and collapsed into its self, leaving a rim near the base of the former volcano and a relatively flat floor of about 100 square miles located about 2,000 ft. below the rim. The Crater harbors at least 25,000 large animals, including the highest density of lions anywhere. The Maasai are allowed to herd their cattle down into the Ngorongoro crater to drink from fresh water springs, which they do daily, in spite of the lions.

The Olduvai Gorge is an area on the edge of the Serengeti where Louis and Mary Leakey did their famous studies on early human development. They studied prehuman primates and found the earliest-known footprints of pre-human bipedal primates.

Transportation on this program will be primarily by bus and four-wheel drive land cruisers. On safari, participants will have window seats and standing access through the removable roof for better viewing or photographic opportunities. Group safari trips last most of the day, returning to the lodge for dinners and occasionally for lunches. Participants should be aware that animal activity greatly influences our movement and time in the field and when we return.

Temperatures in May in Arusha, Tanzania, are pleasant, ranging from 50 to 75°F. Be prepared for a variation of 5–10°F in either direction. We recommend packing light layers that can be added or removed as needed. Our safari is scheduled near the end of the rainy season; some rainfall can be expected, most often later in the day.

Most accommodations for this program are located near safari sites. You can expect comfortable lodging, private bathrooms and English-speaking staff.

Meals are generally served in a relaxed buffet style and may vary in start time which allows for flexibility based on the animal activity levels and sightings while on safari. If a morning game drive is likely to be long and we won’t return to the lodge for lunch, guides will pack a box lunch for a mid-day picnic. If a group choses to leave prior to the lodge breakfast, packed breakfasts can be arranged as well. You can generallyexpect no more than one boxed meal per given day.

This is a low-impact program and sustained periods of walking are limited but participants may need to occasionally walk over uneven terrain and use steps without handrails. Any walk deemed too physical by a participant can be optional. Participants should be aware that they may experience some highs and lows as they travel in a group and observe a different culture. Please contact us with any questions.

You should plan on seeing your family physician or a travel doctor at least four to six weeks prior to departure, preferably earlier, to talk about routine vaccinations. For more information on travel health, visit cdc.gov or who.int.

The program fee is $5,980 per person. Based on double occupancy, it includes discussions led by Eldon Greij and Tim Laman, assistance by Pat Van Wylen, locally trained guides/drivers, all lodging, meals (as listed in the itinerary), ground transportation in Tanzania, admissions for group activities and national parks, gratuities to group guides, drivers and meal servers, and limited insurance coverage. For single occupancy, add $758 to the program fee. There are a limited number of single occupancies at this rate.

Participants are solely responsible for all expenses not specifically included in the program fee and include but are not limited to: airfare and transfer charges, visa and passport fees, immunizations or vaccinations, complete trip cancellation insurance, laundry, phone charges, cash bar, room service or other items of a personal nature, and expenses incurred during free time or non-group activities.

Airfare is not covered in the program fee but a group airfare will be offered as an optional add on. Participants can choose to fly independently and meet up with the group at one of the connecting airports or in Arusha, Tanzania. The group flight will likely originate out of Chicago’s O’Hare Airport and will include transportation to and from the airport, originating from Hope College. Participants will be contacted by email as group flight information becomes available.

Cancellations must be made in writing.

Hope College carries limited insurance in the event that medical evacuation or repatriation is needed. Hope does not provide travel or trip cancellation insurance and we strongly suggest you purchase it to protect your travel investment. Note that some insurance providers will not refund your premium if Hope cancels the program, but will apply it to future travel. You should question providers thoroughly about refunds.

To purchase trip or cancellation insurance, please note that some credit card companies offer travel benefits and insurance on baggage loss, travel accidents, trip cancellation and medical and/or legal assistance when the travel is purchased with that credit card. Consider purchasing Travel Insurance from your insurance agent or Buiten & Associates: Ally Flinski at 616.284.3039 or ally.flinski@buiteninsurance.com.

Pat Van Wylen leads the Global Travel Program. She has an office on 8th Street and looks forward to meeting you soon.