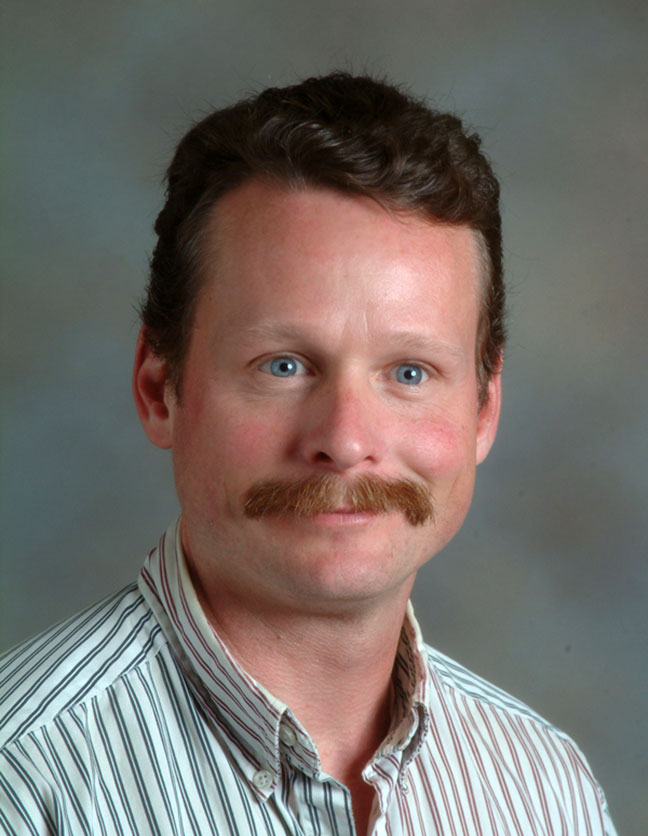 Dr. Gregory Fraley started at Hope College in 2004. His primary responsibility is as a scientific researcher. He works with undergraduate and high school students to learn about science, and to learn to communicate with and ultimately to become scientists.

His second responsibility is as the Hope College pre-veterinary medicine adviser. He works with high school students and undergraduates to help them achieve their dreams and goals of becoming a veterinarian. He is also on the advisory board for the American Pre-Veterinary Medicine Association.

Gregory teaches in the biology department; he teaches the introductory biology courses, physiology, comparative anatomy, and other courses.

He is also the club adviser for Club Animalia, an on-campus student organization that provides a resource for students who are interested in careers that involve animals, including veterinary medicine. Club Animalia is a force of outreach and community service projects including Zoo-2-U, a Veterinary Science class with the Ottawa County 4H, Harbor Humane Society, Finals Stress Relief with therapy dogs, and numerous fundraising and charity events. Every year the club also attends the national American Pre-Veterinary Medical Association Annual Symposium.

Specifically he is interested in how environmental changes alter brain chemistry and gene expression that regulates feeding, growth and reproductive performance. He studies basic neurobiological and endocrine pathways and relates them to housing conditions in the duck poultry industry.

He refers to his research as translational from benchtop to dinner table.

Gregory is a farmer. He and his wife raise Scottish highland beef cows. Otherwise, his work pretty much consumes his life.