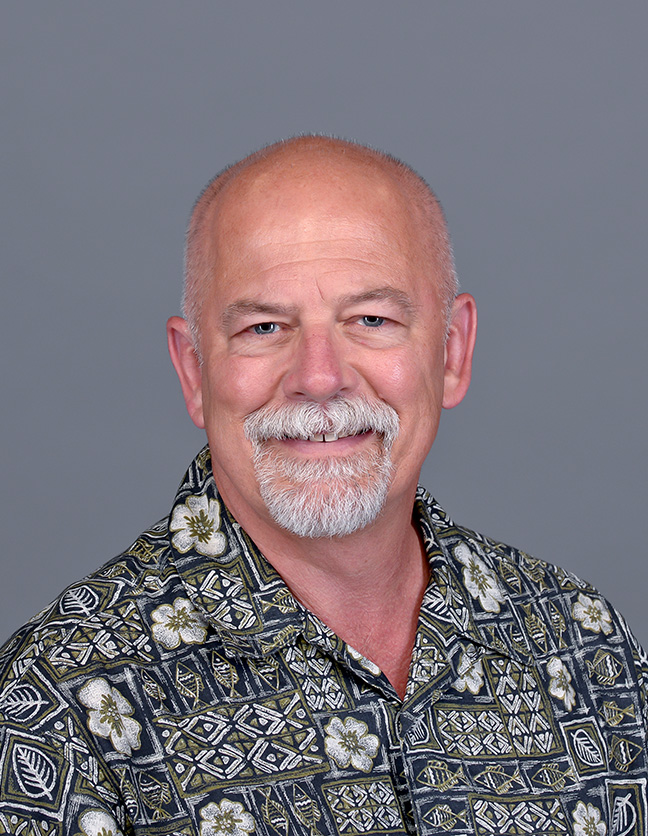 Greg Murray grew up in southern California, where the seashores, deserts and mountains that one can visit in a single day were the perfect place for a budding young field biologist. As an undergraduate he focused on marine ecology, but he switched to seabirds and rodents when he got the chance to study their breeding ecology and interactions on an island off the coast of southern California for several months at a time. Later, his research focus shifted to the study of interactions between tropical rainforest plants, the birds that pollinate their flowers, and those that disperse their seeds.

Along the way he and Kathy Winnett found one another, and after they received their master’s degrees in biology they married and pursued doctoral studies at the University of Florida. In 1986 they both joined the biology faculty of Hope College.

Dr. Murray teaches courses ranging from introductory biology to upper-level explorations of topics including population and community ecology, conservation biology, mathematical biology, and marine biology and biophysics. He has been active in curriculum development in the Department of Biology, and in integrating field experience into the department’s courses.

Throughout his career at Hope, Dr. Murray has continued his studies of plant-animal interactions in the mountains of Costa Rica. Having also studied the ecology of sea urchins, lizards, rodents, temperate songbirds, pond ecosystems, invasive plants and insects, and now the defensive chemicals and microbial communities associated with dormant seeds, he is a firm believer in the value of a broad background, especially at the undergraduate level.

Since 1980 he has conducted detailed studies of seed dispersal, forest dynamics and plant demography in a cloud forest at Monteverde, Costa Rica, concentrating on a group of “pioneer plants” — species that start the regeneration process after human or natural disturbance.

He also continues a long-term collaborative effort with Hope College chemists, most recently Dr. Elizabeth Sanford, to identify the chemicals that can protect pioneer species' seeds in the soil for decades or even hundreds of years. With Dr. Winnett-Murray and others, he also is tracking ecological shifts in a West Michigan hemlock forest that is undergoing a potentially devastating insect infestation.

View all of Greg Murray’s published work at Google Scholar.

Dr. Murray enjoys fishing, kayaking and hiking, though he spends far less time on such pursuits than he ought to. A member of the college’s “Green Team,” he’s an enthusiastic supporter of bringing science to bear on environmental and economic problems, and has been active in local, regional and national conservation organizations including the West Michigan Environmental Action Council and the Community Energy Advisory Group of Holland, Michigan. He’s also pathologically devoted to his Australian Shepherds, Mookie and Charlie.