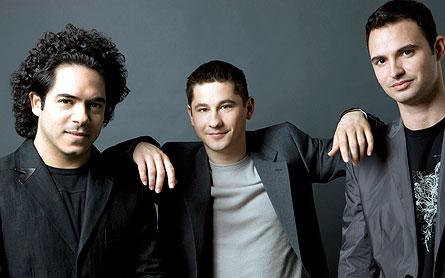 Djangirov, known just as Eldar to his fans, has created a buzz in the jazz world with his combination of jazz sense and technical skills.

“The New York Times” has described the pianist as “a blend of musical intelligence, organizational savvy, enthusiasm and prowess that was all the more impressive for seeming so casual...”  He was praised as “a genius beyond most young people I've heard” by Dave Brubeck. “Downbeat Magazine” has stated that “his command of his instrument is beyond staggering.”

When Eldar was signed to Sony Classical at the age of 17, the young pianist from Kansas City was already well known for his prodigious pyrotechnics and precocious knowledge of the bebop tradition. Along the way, he has worked with masters including Dr. Billy Taylor, Marian McPartland, Dave Brubeck, Wynton Marsalis and Michael Brecker. Through these opportunities and other musical experiences, Eldar continues to explore new frontiers through composing and performing, enabling him to ultimately realize his own musical vision.

He has four critically acclaimed trio albums, including the most recent, “Virtue,” featuring his trio Armando Gola (bass) and Ludwig Afonso (drums), as well as guest appearances by Joshua Redman and Nicholas Payton. “With the release of Virtue, Eldar may have sealed his role in future jazz history,” noted Bill Meredith in “Jazziz.”

Individual tickets are $18 for regular admission, $13 for senior citizens, and $6 for children 18 and under. Individual and season tickets are available at the ticket office in the main lobby of the DeVos Fieldhouse, which is open weekdays from 10 a.m. to 5 p.m. and can be called at (616) 395-7890. Tickets are also available online at tickets.hope.edu/ticketing/