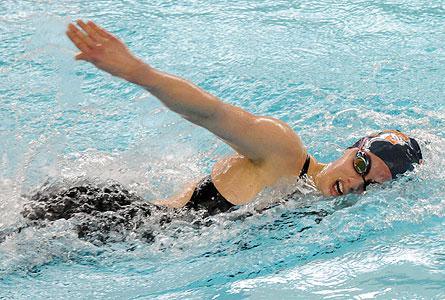 Headlining the honorees is senior Libby Westrate of Grandville (Grandville HS) who has been named the women's MIAA most valuable swimmer for the second year in-a-row. Westrate was a triple winner at the conference championship meet capturing the 50, 100 and 200 free. Over her conference career, she was an individual gold medal winner 11 out of a possible 12 times. She was the four-time champion in the 100 and 200 free. She was also a member of seven of Hope's MIAA champion relay teams. She holds the Hope records in the 50, 100 and 200 free and the MIAA record in the 50 free.