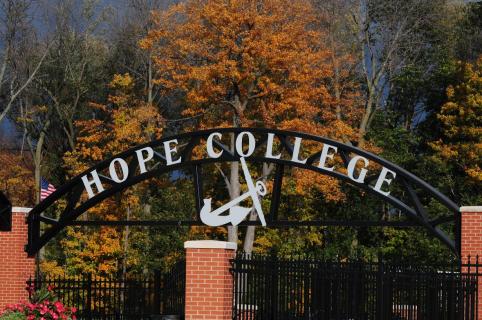 Dr. Debra Swanson, professor of sociology at Hope College, has been elected president of the North Central Sociological Association (NCSA).

She will serve as president during the 2016-17 school year, following a year as president-elect during 2015-16.

Swanson has been an active member of the NCSA for more than 20 years, and served as vice president-elect and vice president during the 2008-09 and 2009-10 school years.  Especially active in the organization’s teaching section, she has made several presentations on teaching during association meetings through the years. The NCSA presented her with its “John F. Schnabel Distinguished Contributions to Teaching Award” during its annual meeting in March 2008, and she was the featured keynote speaker during the NCSA’s annual conference in 2009.

Her responsibilities as president will include organizing the association’s annual conference in 2017, during which she will also deliver the keynote address.

Swanson joined the Hope faculty in 1989 as a visiting instructor of sociology.  Following a one-semester leave, she returned as an assistant professor in the fall of 1994.  She was promoted to associate professor in 1996 and full professor in 2006.

Her research interests include service-learning and community development, the social construction of mothering, and teaching and learning.  Her scholarship includes articles in numerous professional journals as well as a variety of presented papers and addresses.  She has received a multiple honors for teaching and service, in addition to her 2008 award from the NCSA.  In February 2014, she received a Faculty/Staff Community Service-Learning Award from the Michigan Campus Compact.  In November 2013, she received the monthly Premier Mentor Award presented to a mentor involved with programs partnered with the Ottawa County Mentoring Collective for her work as a volunteer with the Total Trek Quest running program for elementary-age boys.  In January 2009, Hope presented her with a “Ruth and John Reed Faculty Achievement Award in recognition of service to the academic program that included directing the college’s Teaching Enhancement Workshop Committee.

Swanson graduated from Hope in 1983 with a major in sociology.  She completed her master’s and doctorate, both in sociology, at Catholic University of America in 1988 and 1995 respectively.