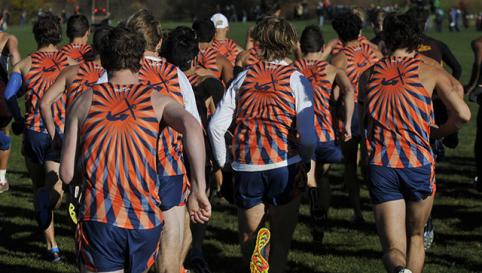 To be considered an All-Academic Team, programs must have compiled a cumulative GPA or 3.10 or greater and competed in at least five different meets with at least five runners representing their school at each.

Coach Mark Northuis’ Flying Dutch recorded a team GPA of 3.50, while his Flying Dutchmen had a 3.30 GPA.

The Flying Dutch have been named a Scholar Team Of the Year every season since the program started in 1990. The Flying Dutchmen have made the grade all but one time during that stretch.

Both teams saw several of their runners lauded individually as well. Scholar honorees must have a cumulative GPA of at least 3.30 and have finished in the top 25 percent of finishers at regionals.

Northuis said being named again to the national All-Academic Team list, as well as several individuals being honored, speaks very well of the quality of student-athletes in the Hope program.

“We are very proud of their accomplishments in the classroom and on the cross country course as they represent Hope College,” Northuis said.

The Flying Dutch came in 23rd at nationals and fourth at regionals. Stock led Hope at nationals with a 107th-place effort.

The Flying Dutchmen took sixth place out of 37 teams at their Great Lakes Regional. Zank went to nationals and finished 120th out of 280 runners.