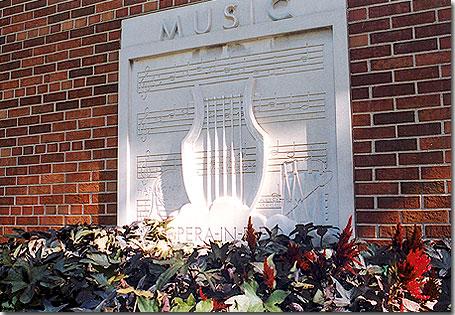 Saxophonist Paul Nolen will perform at Hope College on Thursday, March 26, at 7:30 p.m. in Wichers Auditorium of Nykerk Hall of Music.

Nolen, who is an assistant professor of saxophone at Illinois State University, will be performing while on campus through a multi-day residency during which he will also be working with Hope students.  The concert program will include “La Lune en Paradis,” by Jun Nagao; “Sonata, Op. 11, No. 4,” by Paul Hindemith; “Night Songs,” by Charles Ruggiero; and “Duo Concertante,” by Jean-Baptiste Singelee.

He is in demand throughout the United States and abroad as an educator.  He recently appeared at the 2008 Aberystwyth International Musicfest in Wales as performer, teacher, and conductor of the Musicfest Jazz Orchestra.  He also served as the saxophone clinician for the 2008 Music for All national honors band festival in Indianapolis, Indianapolis, and has presented recent classes at the University of Missouri-Kansas City Conservatory, the University of New Mexico and Brevard Music Festival in North Carolina.

Nolen received both the Doctor of Musical Arts and Master of Music degrees in performance from the College of Music at Michigan State University, and the Bachelor of Music degree from the University of Missouri at Kansas City.  His teachers and mentors have included Joseph Lulloff, Tim Timmons, Gary Foster, Hal Melia, Jackie Lamar and Ron Blake.