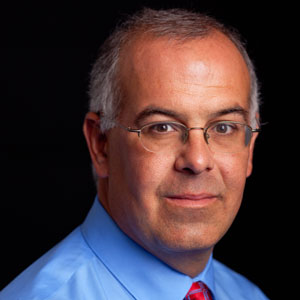 Columnist and Best-Selling Author David Brooks to Speak on Sept. 30

The Presidential Colloquium is a semi-annual series that brings prominent, internationally known thinkers to Hope to share their insights on the academy, leadership and global civic engagement.  The Sept. 30 event, during which Brooks will receive an honorary degree (Doctor of Humane Letters) from the college, will address the theme “The Value and Relevance of a Faith-Based Liberal Arts Education in the 21st Century.”

Hope students may receive one free ticket with a valid student ID, and members of the college’s faculty and staff may receive two free tickets with a valid faculty or staff ID.  The free tickets for faculty and staff will be available beginning Monday, Aug. 24, and for students will be available beginning Wednesday, Sept. 2, at the ticket office in the Events and Conferences Office located downtown in the Anderson-Werkman Financial Center (100 E. Eighth St.).  The ticket office is open weekdays from 9 a.m. to 5 p.m. and can be called at (616) 395-7890.

Tickets cost $10 for the general public and will go on sale on Wednesday, Sept. 2, contingent upon availability following the campus distribution.  They will be sold both online at hope.edu/tickets and at the ticket office in the Events and Conferences Office.

Brooks became an Op-Ed columnist for The New York Times in September 2003. He is currently a commentator on “The PBS Newshour,” NPR’s “All Things Considered” and NBC’s “Meet the Press.”

His most recent book, “The Road to Character,” published in April, became a number-one New York Times bestseller.  He is also the author of “Bobos In Paradise: The New Upper Class and How They Got There” and “The Social Animal: The Hidden Sources of Love, Character, and Achievement.”

Brooks also teaches at Yale University, and is a member of the American Academy of Arts & Sciences.

Born on August 11, 1961 in Toronto, Canada, Brooks graduated a bachelor of history from the University of Chicago in 1983. He became a police reporter for the City News Bureau, a wire service owned jointly by the Chicago Tribune and Sun Times.

He also served as a senior editor at The Weekly Standard for nine years, as well as contributing editor for The Atlantic and Newsweek.

The Presidential Colloquium series was established in conjunction with the inaugural year of President John C. Knapp, who became the college’s 12th president on July 1, 2013.  Past speakers have included Dr. Richard Carwardine, who is an internationally recognized expert on Abraham Lincoln and president of Corpus Christi College of the University of Oxford in the United Kingdom; Professor H. Russel Botman, rector and vice-chancellor of Stellenbosch University; and Scott Aughenbaugh, who is a deputy director of Strategic Futures at the Center for Strategic and International Studies (CSIS).