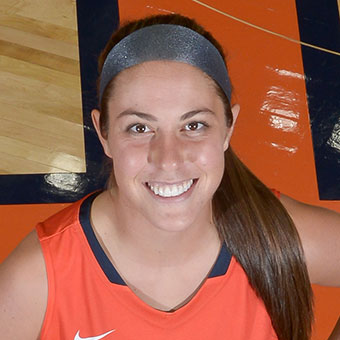 The senior forward from Eaton Rapids, Michigan (Lansing Christian HS) receives the award for the second time in her career after averaging 18.0 points, 4.5 rebounds 1.0 blocks and 1.5 assists as a reserve in two MIAA wins last week.

Perkins scored a career-high 28 points during an 82-61 win over nationally ranked Calvin on November 30. She matched the second-highest total by a Flying Dutch player in a game at DeVos Fieldhouse.

Perkins shot 58.8 percent from the field against Calvin (10-of-17), including 50 percent from 3-point range (3-of-6). Twenty of her points came after the first quarter and helped the Flying Dutch extend their lead.

On Saturday, Perkins scored eight points, grabbed eight rebounds and recorded two assists in just 16 minutes off the bench during an 89-44 win against Adrian at DeVos Fieldhouse.

This is the first time this basketball season Perkins has been named MIAA Player of the Week. She also claimed the MIAA weekly honor for women’s soccer this past fall in addition to being named MIAA MVP in women’s soccer.