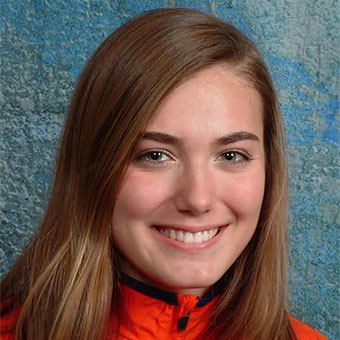 The sophomore from East Lansing, Michigan (Haslett HS) has been named the MIAA Field Athlete of the Week.

This season is the first indoor one recognized by the MIAA.

King earned the recognition after claiming fifth place in the high jump at the Aquinas College Quad on Friday in Grand Rapids.

King cleared 1.52 meters on her final attempt to gain five points for the Flying Dutch in the event.