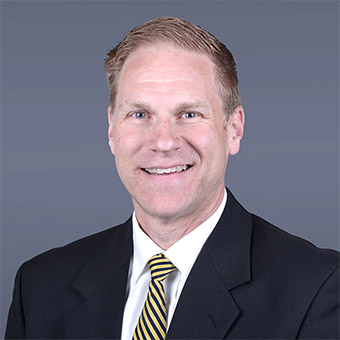 Dr. Roger Veldman of the Hope College engineering faculty has received a 2017 Alumni Excellence Academy Award from the College of Engineering and Applied Sciences of Western Michigan University.

Veldman, who holds his master’s and doctoral degrees from the university, was one of eight Western Michigan University alumni honored during an inauguration ceremony on Friday, Oct. 13.

Veldman is a professor of engineering and department chair at Hope, where he has been on the faculty since 1998.  He teaches a variety of courses in the department, including the engineering-design capstone sequence.

His research focuses on theoretical and experimental analysis of explosive impacts on structures.  He works collaboratively with other leading researchers in his field as well as with Hope students.

He has received continuous research funding since 2001 for various projects from the Federal Aviation Administration, the Transportation Security Administration and the Department of Homeland Security.  He is a named co-inventor on 48 United States patents, has had multiple publications in research journals and has presented his work at professional conferences.  The Division for the Natural and Applied Sciences at Hope presented him with its “James N. Boelkins Faculty Research Award” in 2013.