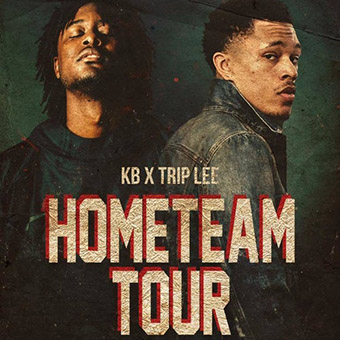 KB (Kevin Burgess) has three studio releases and won a Dove Award for Rap/Hip-Hop Song of the Year in 2014. His 2015 release, “Tomorrow We Live,” garnered both critical and commercial acclaim, earning a Stellar Award nomination for Rap/Hip-Hop Gospel CD of the Year and debuting on the Billboard charts as the number-one Christian Album and the number-four Rap Album overall.

Individual tickets for the concert are $18 for regular admission and $24 for a Fast Pass, and are only available online at ticketfly.com. Hope College students can purchase tickets for $10 at the Hope College ticket office in the Events and Conferences Office located downtown in the Anderson-Werkman Financial Center (100 E. Eighth St.). The ticket office is open weekdays from 9 a.m. to 5 p.m. and can be called at (616) 395-7890.