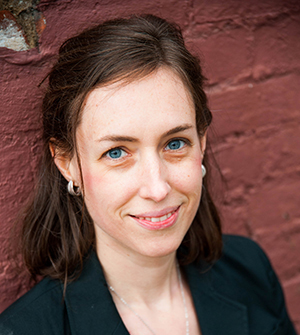 Prize-winning organist Brenda Portman will offer a recital on Casavant organ in the Concert Hall of Jack H. Miller Center for Musical Arts on Friday, April 7, at 7:30 p.m.

Organist and composer Portman is known for her “solid technique and authoritative musicianship” (The American Organist), seen through “flawless performances with plenty of flair” (Choir & Organ).

Portman is the resident organist at Hyde Park Community United Methodist Church (HPCUMC) in Cincinnati, Ohio, where she provides music for worship services, accompanies the Wesley Choir and Cathedral Choir and serves as executive director of the church’s renowned Organ Concert Series.

Portman is also an adjunct organ instructor at Xavier University in Cincinnati.  She recently completed a Doctor of Musical Arts degree (2016) in organ performance at the University of Cincinnati’s College-Conservatory of Music, where she received a full scholarship as first prize winner of the Strader Organ Competition and served as a teaching assistant for the organ department.

She has received numerous awards in organ competitions spanning a decade, from first place in the Albert Schweitzer Organ Competition in Connecticut (2006) to finalist and Audience Prize winner in the Sursa American Organ Competition at Ball State University (2016).  In October 2014 she was the only American woman to compete in the prestigious Canadian International Organ Competition in Montréal.  Her performance there led to a collaboration with Canadian composer Rachel Laurin and a recording on the 88-rank Casavant organ of HPCUMC Cincinnati: “Pilgrimages: Organ Music of Rachel Laurin Inspired by Sacred Themes,” which was released in April 2016 on the Raven label.

In addition to being a renowned organist, Portman composes sacred choral, vocal and organ works.  Her concert settings of hymns for solo voice and piano have been highly acclaimed by many professional singers, and three hymn preludes for organ were included in the Bayoubüchlein (published by Selah) for the 2016 American Guild of Organists convention in Houston.