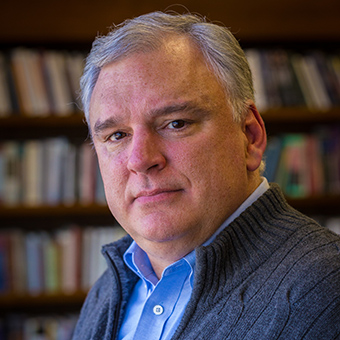 Historian to Discuss “The Evangelical Road to Donald Trump”

Award-winning author John Fea of the Messiah College history faculty will present the address “The Evangelical Road to Donald Trump” on Wednesday, Oct. 3, at 7 p.m. at Hope College in Winants Auditorium of Graves Hall.

Fea is a recognized expert on the historical influence of evangelicalism in American culture.  His talk will be based on his most recent book, “Believe Me: The Evangelical Road to Donald Trump,” which was published by Eerdmans Publishing in June.  The first two words in the title reflect the president’s repeated use of the phrase.

An evangelical Christian himself, Fea argues that white evangelicals’ embrace of Trump (he notes that 80 percent supported his 2016 presidential bid) is the logical outcome of a long-standing evangelical approach to public life defined by the politics of fear, the pursuit of worldly power and a nostalgic longing for an American past.  He challenges Christians to replace fear with hope, the pursuit of power with humility, and nostalgia with history.

Fea is a professor of American history and chair of the History Department at Messiah College.  His teaching and scholarly interests center on early American history, American religious history, the history of religion and politics, and the place of historical thinking in a democratic society.

He is the author or editor of six books, including “Was America Founded as a Christian Nation?” which received multiple awards.  His essays and reviews have appeared in a variety of scholarly and popular venues, and he blogs daily at The Way of Improvement Leads Home.