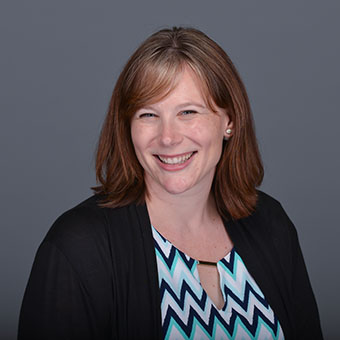 Lindsey Root Luna Elected to Psi Chi Board of Directors

Dr. Lindsey Root Luna of the Hope College psychology faculty has been elected vice president of the Midwestern Region of Psi Chi – The International Honor Society in Psychology, a role that also includes serving on the society’s board of directors.

Her two-year term began in June.  Her responsibilities will include planning the Psi Chi programming during the annual convention of the Midwestern Psychological Association, held in the spring.

Root Luna has advised the college’s chapter of Psi Chi since 2014, and during her time as adviser the chapter has received two Model Chapter Awards and the Kay Wilson Officer Team Leadership Award.  She engages students in collaborative research, and three groups of students she has mentored have won regional research awards.  She received the Regional Faculty Advisor Award for the Midwestern Region in 2017.

She became actively involved with Psi Chi as a student at Hope.  A 2003 graduate, she was vice president of Hope’s student chapter as a junior and president as a senior.  She placed second in the national Psi Chi/Allyn & Bacon Psychology Awards competition in 2003 for collaborative student-faculty research that she had conducted with Dr. John Shaughnessy.  Also in 2003, she and Hope classmate Amy Sato won a regional award for research mentored by faculty member Dr. Charlotte vanOyen Witvliet.

Root Luna, who also advises the college’s Psychology Club, is an associate professor of psychology at Hope.  She returned to the college as a faculty member in 2012 with a desire to engage intentionally in faith integration and grow her research program in virtues and emotion regulation.  The graduating class presented her with the “Hope Outstanding Professor Educator” (H.O.P.E.) Award in 2017.

Root Luna’s research focuses on emotion and emotion regulation, as well as cultivating virtues such as forgiveness, gratitude, humility and hope.  She began studying forgiveness within a psychological framework when she was a student at Hope and her studies have continued beyond her years as a student. She continues to investigate how forgiveness impacts the body along with how embodying humility, gratitude and hope impact physiological functioning, in particular heart rate variability.  She has had several articles published in refereed journals.

Prior to coming to Hope, Root Luna completed her pre-doctoral internship at Pine Rest Christian Mental Health Services in Grand Rapids and maintains a private practice there one day per week. She was a faculty member at Ferris State University for three years before joining the Hope faculty.

She completed her master’s and doctorate in clinical psychology at the University of Miami in 2005 and 2009 respectively.

Psi Chi – the International Honor Society was founded in 1929 to encourage, stimulate and maintain excellence in scholarship, and advance the science of psychology. Psi Chi has chapters at about 1,100 senior colleges and universities in the United States, Canada, the Caribbean, Ireland and New Zealand. Since its founding, the honor society has registered more than 750,000 lifetime members.

Dr. Scott VanderStoep, who is dean for social sciences and a professor of psychology at Hope, served on Psi Chi’s board as Midwestern Region vice president from 2002 to 2006, and was national president during the 2008-09 academic year.  Hope’s chapter was established in 1965.