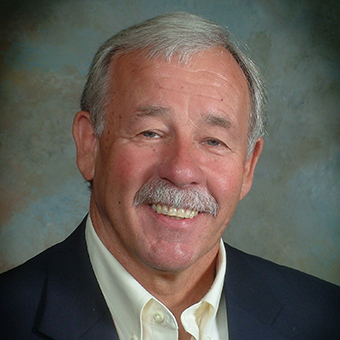 Dr. John Patnott, long-time Hope College men’s and women’s swimming & diving coach, is retiring after one more season and turning over the program he founded to a former Hope swimmer.

Jake Taber ’04 will be co-head coach with Patnott for the 2018-19 season, then Taber will take on sole head coaching duties of the Flying Dutchmen and Flying Dutch.

Taber returns to his alma mater after successful head coaching stints at Albion College (2012-18) and Olivet College (2007-2012). He was an assistant for Patnott for three seasons at Hope before becoming a head coach.

“I have the utmost appreciation and admiration for Coach Patnott. He is a true teacher-coach who is an expert in his academic field of exercise physiology and has tremendous skill and application for training swimmers,” co-Athletic Director Melinda Larson said. “Even more impressive is his servant attitude and genuine care for all of his student-athletes. Coaching has not only been his profession but his calling and mission field.

“Coach Taber’s entire coaching career has been defined by success. He is a great fit for our athletics program mission of promoting competitive excellence and providing transformational experiences,” Larson said. “It is easily apparent that Coach Taber has a positive effect on the lives of his student-athletes and colleagues. We look forward to having him join us and transform lives at Hope College.”

A California native, Patnott came to Hope after serving as Fresno State’s head coach from 1972-77.

“I look at the whole package, I consider it a real blessing to have been at Hope — a great place to work, good people to work with, good students, the opportunity to work with good athletes,” Patnott said.

He was named NCAA Division III National Coach of the Year three times by the College Swimming Coaches Association: 1998 and 1994 for the women, and 1991 for the men.

Patnott, who also will retire from teaching at the end of next year, is excited about what Taber will bring to Hope’s campus and Kresge Natatorium.

“We’ve had a lot of conversations since he worked for me as an assistant for three years, Patnott said. “He’s big into recruiting and speaking with student-athletes. He’s done a terrific job building programs that way. He’s become a student of the sport as well.”

Taber is humbled by the opportunity to return to Hope and work with his mentor. He and his wife, Kelly (Kraft ’04), have two daughters, Tessa and Sloane, and a son, Colby. Kelly was a two-time, All-MIAA shortstop for the Hope softball team.

“Hope is a special place. Kelly and I met in Holland, got married on Hope’s campus. We were both student-athletes there. It’s a place near and dear to our hearts,” Taber said. “Eleven years later, to be able to bring ourselves back and raise our family in the Hope community is really special to us.

“I’m incredibly honored. This entire process has been humbling for me. John’s my mentor. I learned a lot when I was swimming for him. I continued to learn when I was his assistant coach. He’s someone I’ve talked with an incredible amount of frequency over the years. I look up to him tremendously. I consider him a good friend.”

Taber guided the Albion men to Top-25 finishes at the Division III championships the past three seasons, including a program-best 13th-place finish in 2017. The Britons were 2017 MIAA champions, their first conference championship in 46 years.

Taber led the Britons to school records in all but two men’s events during his tenure. He coached 45 MIAA event champions, two All-Americans and nine honorable-mention All-Americans at Albion.

“This has been a great experience,” Taber said of his time at Albion. “I absolutely loved working under (Athletic Director) Matt Arend and the vision he has. The team there is special. There is an incredible amount of talent. I’m hopeful the trajectory of the team is one that continues to be upward.”

At Olivet, Taber received the American Swimming Coaches Association’s Award of Excellence in 2009 and 2010 — an honor earned by coaches who have led a swimmer to a top-eight finish at one of several USA national-level championships.