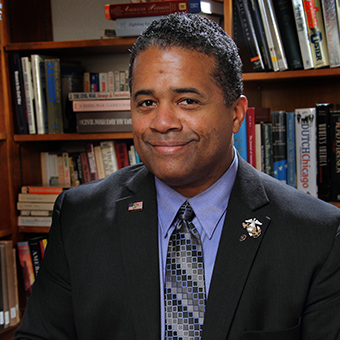 Incoming Class of 2022 Arrives on Aug. 24 for New School Year

Both new construction and a new hub for career development will greet Hope College students as they arrive later this month for the college’s 157th academic year.

The academic year will begin formally with the college’s Opening Convocation on Sunday, Aug. 26, at 2 p.m. in the Richard and Helen DeVos Fieldhouse.  The featured speaker will be Dr. Fred L. Johnson III, associate professor of history at Hope.

Major activity on campus has included site preparation for the college’s new Campus Ministries center, which will be constructed along the former 12th street between College and Columbia avenues, with completion anticipated for the fall of 2019.  The Delta Phi Cottage was demolished in July, with the sorority moving to another residence, and Fried Cottage is being relocated this month to Columbia Avenue between 14th and 15th streets.

The new year will also see the opening of the Boerigter Center for Calling and Career, a college-wide initiative that seeks to inspire students to engage in lifelong practices of career development by emphasizing discernment, preparation and pursuit.  Its programming will enable all Hope students, beginning in their first semester, to understand their strengths, engage in experiences that directly connect to career preparation, discern vocational and life goals, and ascertain clear next steps toward their future.  The center was made possible by a major gift from SoundOff Signal in 2016 in honor of company founder and chairman George Boerigter, who is a 1961 Hope graduate, and his wife, Sibilla.  It will be located on the main floor of the DeWitt Center, in extensively remodeled space centered on the former Collegiate Lounge.

Other projects across the summer have ranged from launching the new Hope Primo search interface at the Van Wylen Library, to remodeling in Van Zoeren Hall to provide additional space for the college’s Academic Success Center, to a variety of upgrades in some 54 cottages and apartments.

Johnson joined the Hope faculty in the fall of 2000. His primary field is 19th century U.S. history, specifically the Confederacy during the Civil War. His other areas of study include the U.S. in the 20th century, the U.S. military and Africa.  He is an award-winning public speaker and member of Toastmasters International. He advanced to the semifinal rounds of the World Series of Public Speaking competition in 2007, 2008, 2010, 2014, 2016, 2017 and 2018.

His publications include the book “Tupac Shakur: The Life and Times of an American Icon,” which he co-wrote with Tayannah Lee McQuillar, as well as a book chapter, numerous book reviews, scholarly articles and articles for a general audience.  His 2004 documentary “The Klan in Michigan, Part I: Reconstruction,” which he created with former Hope communication professor Dr. David Schock, won a State History Award from the Historical Society of Michigan in 2005.

For the three-part series “Inventing America,” he participated in all of the episodes, the last two as the host. The series was filmed at Hope by WGVU Public Media and broadcast on PBS stations nationwide.

In addition to his scholarly work, Johnson is the author of three novels: “Bittersweet,” “A Man Finds His Way” and “Other Men’s Wives.”

During the college’s Homecoming Weekend in 2002, Hope’s students elected him recipient of that year’s “Faculty Appreciation Award”; in 2005 the graduating class presented him with the 41st annual “Hope Outstanding Professor Educator” (H.O.P.E.) Award; and in 2013 he received college’s the Ruth and John Reed Faculty Achievement Award.  Among other activity on campus through the years, he delivered the Commencement address in 2003; spoke through the “Last Lecture Series” organized by the college’s chapter of Mortar Board in 2010; and co-presented a seminar on the college’s Vietnam May Term during Hope’s Winter Happening event this past January.

Johnson received his bachelor’s degree from Bowie State College in Maryland in 1981; his master’s and doctorate from Kent State University in Ohio in 1993 and 1999 respectively; and, in 2015, a Master of Divinity degree from Western Theological Seminary. His past career experiences include serving as a corporate trainer and as an officer in the U.S. Marine Corps.

The DeVos Fieldhouse is located at 222 Fairbanks Ave., between Ninth and 11th streets.