The Hope College Great Performance Series lineup for 2019-20 will feature artists from Mexico, Cuba, China, Zimbabwe, Korea, Taiwan, Spain and the U.S. The cultural arts series has brought internationally renowned artists in music, dance, and theatre to the Holland community for more than 50 years.

The series will open on Thursday and Friday, Sept. 19 and 20, in the DeWitt Center main theatre with empowering evenings of music and dance. “A Quest for Freedom” is a collaboration between two of the most popular groups to perform on the series, Nai-Ni Chen Dance Company and the Ahn Trio. The athletic physicality of exquisite dancers, mesmerizing choreography of Nai-Ni Chen combined with the virtuosity of the Ahn Trio are integrated seamlessly throughout the program.

Nai-Ni Chen’s movement language draws from the flowing lines of Chinese calligraphy to the explosiveness of martial arts to the innovation of contemporary dance taking audiences beyond cultural boundaries.  The Ahn Trio performs on stage, effortlessly integrated with the dancers. The classically trained trio is committed to bringing new audiences to the arts, and the musicians have been named among People Magazine’s “50 Most Beautiful People.”  National Endowment for the Arts Fellow Nai-Ni Chen is the recipient of China’s Golden Lotus Award. 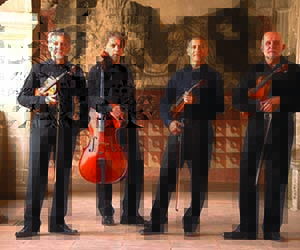 On Thursday, Oct. 17, in the Concert Hall of the Jack H. Miller Center for Musical Arts, the series features Cuarteto Lationamericano, one of the world’s most renowned classical music ensembles and winners of two Latin Grammy awards for Best Classical Recording. For more than 30 years, this Mexican quartet has been the leading proponent of Latin American music for string quartet.

The Cuarteto has toured extensively throughout the world, and was described by the French music publication, La Monde de la Musique, as “An exceptional group because of its clean playing, energy, and freshness.” 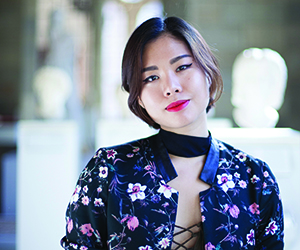 The ensemble will be joined for part of the program by Korean classical guitarist Jiji, who has been called “talented, sensitive...brilliant” by the Calgary Herald. Born in South Korea, Jiji studied guitar in Korea before moving to the United States becoming one of the first two guitarists ever accepted into the prestigious Curtis Institute of Music.

On Friday, Nov. 1, the series will welcome Nobuntu, a female a cappella quintet from Zimbabwe, in the Concert Hall of the Jack H. Miller Center for Musical Arts. Nobuntu has drawn international acclaim for its inventive performances that range from traditional Zimbabwean songs to Afro Jazz to Gospel. The 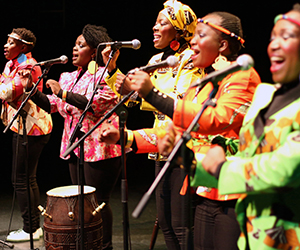 ensemble’s concerts are performed with pure voices, augmented by minimalistic percussion, traditional instruments and dance movements. The group has performed live and on television and radio throughout Africa, Europe and the United States. The Sunday News in Zimbabwe has called Nobuntu “much adored…and breathtaking…” An Austrian newspaper said that “the sensational all-female a cappella group delivered a top-of-the-drawer performance….” 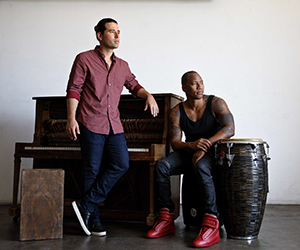 On Friday, Jan. 24, the series will bring the lively sound of Cuban jazz to the Concert Hall of the Jack H. Miller Center for Musical Arts with a performance by the Rodriguez/Martinez Duo. These two artists are individually seen as the future of Cuban jazz and are now combining forces. With a Grammy-nominated album of his own, percussionist Pedrito Martinez is in demand by artists ranging from Wynton Marsalis to Bruce Springsteen. Pianist Alfredo Rodriguez brings a range of musical experiences, including having been among just 12 pianists chosen to perform at the 2006 Montreux Jazz Festival in Switzerland. Their first duo recording, Duologue, finds the pair exploring a range of moods and influences, from Cuban classics to collaborative original compositions to a number of unexpected favorites.  NPR’s All Things Considered has said that “The Pedrito Martinez Group is writing a new chapter in Cuban music history.” NPR has also noted that “Alfredo Rodríguez is a figurehead of the new generation of Cuban jazz musicians who observe and honor their roots while constantly seeking new avenues for expression.” 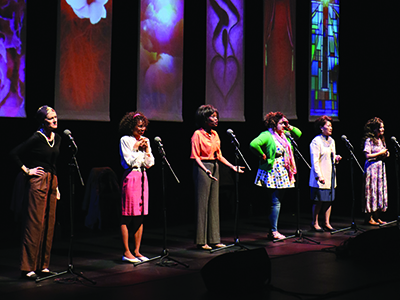 On Saturday, Feb. 22, the Los Angeles Theatre Works company will present “Seven” in the Knickerbocker Theatre. Seven award-winning women playwrights each interviewed an international woman leader, creating a monologue of her life. The monologues were then combined to create this collaborative documentary work. Los Angeles Theatre Works has delighted audiences with its unique live radio theatre style performances in more than 200 cities with immediate and spontaneous performances featuring a first-rate cast and live sound effects. They create a sound-rich, intimate experience that draws audiences into the stories and performances. Please note that his performance includes adult themes.  “L.A. Theatre Works is a national theatrical treasure…” The Philadelphia Inquirer has declared. 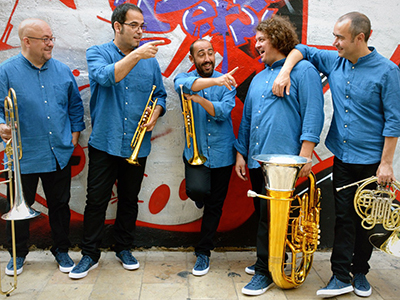 The series will end on Friday, March 27, with a visit from Spanish Brass in the Concert Hall of the Jack H. Miller Center for Musical Arts. For more than 30 years, Spanish Brass has been one of the most highly regarded brass ensembles in the world. In 1996, the ensemble won First Prize in the highly prestigious Narboone (France) International Brass Quintet Competition. In 2017, the musicians were named the most influential musical artists in Spain. They have performed around the globe at some of the greatest venues and have more than 20 critically-acclaimed recordings.

“Spanish Brass dazzled us with daunting passages fearlessly flown across the stage, brilliant color, and comedic moments that endeared each one of them to their audience,” said the Sarasota Herald Tribune. “Spanish Brass has earned an international reputation for the quality of its playing, reaching across boundaries of geography and style...,” noted the Louisville Courier Journal.

Tickets are available at the Events and Conferences Office located downtown in the Anderson-Werkman Financial Center (100 E. Eighth St.).  The office is open for ticket sales weekdays from 9 a.m. to 5 p.m. and can be called at 616-395-7890.

More information about the season may be obtained online.