The Hope College Knickerbocker Theatre is again presenting its popular Free Family Film series, which will run on consecutive Thursdays on July 25, August 1, 8 and 15 at 7:30 p.m. This year, the series focuses on animal stories the entire family can enjoy.

Admission is free, and no ticket is required. In addition, the showings coincide with the Holland downtown street performers, creating a full night of entertainment for the entire family. 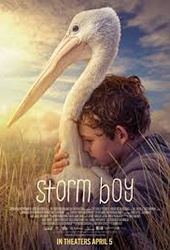 The series will open July 25 with “Storm Boy” (2019), based on Colin Thiele’s Australian tale.  When Michael Kingley, who is a successful retired businessman and grandfather, starts to see images from his past that he can’t explain, he remembers his long-forgotten childhood, growing up on an isolated coastline with his father. He recounts to his granddaughter the story of how, as a boy, he rescued and raised an extraordinary orphaned pelican, Mr. Percival. Their remarkable adventures and special bond have a profound effect on all their lives. The film stars Geoffrey Rush and Finn Little, and is rated PG. 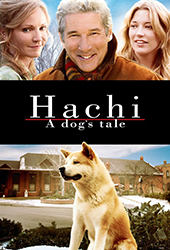 On August 1, a dog will take over the series with “Hachi: A Dog’s Tale” (2009), which is a story of the strong bond between humans and their canine friends. Finding a lost Akita puppy, music professor Parker Wilson decides to keep it despite the reservations of his wife. The dog also wins over Parker’s daughter and her fiancé.  Hachi begins to wait every day at the train station for Parker to return from work. When Parker dies suddenly, Hachi continues his daily wait and becomes cared for by the small town where he lives. Based on a true story, the film is rated G and Stars Richard Gere, Joan Allen, Cary-Hiroyuki Tagawa and Sarah Roemer. 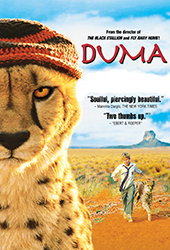 On August 8, the series will travel to South Africa with the story of a cheetah named “Duma” (2005). When a farmer and his son Xan find an orphaned cheetah cub, they rescue it and the boy and Duma become inseparable. Although Xan knows that he has to return the cheetah to the wild before it reaches adulthood, they are separated too quickly when the boy’s father dies and Xan moves to the city with his mom. When Duma shows up at Xan’s school, they decide to run away to the mountains. The film is rated PG and stars Alex Michaeletos. 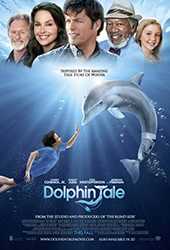 The final movie of the series, on August 15, is “Dolphin Tale” (2011), which tells of Winter, a young dolphin who loses her tail in a crab trap and Sawyer, the introverted, 11-year-old boy who befriends her. Sawyer meets the rescued dolphin at the Clearwater Marine Aquarium, a marine rehabilitation center where she lives, and rallies friends and family alike to save Winter by convincing a pioneering doctor to create a unique prosthetic attachment to restore the dolphin’s ability to swim. The cast includes Harry Connick Jr., Ashley Judd, Kris Kristofferson and, as herself, Winter the dolphin. Based on a true story, the film is rated PG.

The doors will open at 7 p.m. The Knickerbocker Theatre is located at 86 E. Eighth St., between College and Columbia avenues.