The Hope College Knickerbocker Theatre continues to feature classic movies in its “One Night Only Series,” this time showing four legendary musicals on Mondays in July and August.

The series will open with “Jailhouse Rock” on July 22 and continue with “Cabin in the Sky” on July 29, “The Sound of Music” on August 5 and “Grease” on August 12. 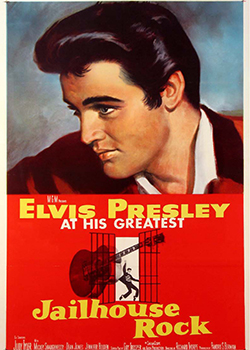 Elvis Presley stars in 1957’s “Jailhouse Rock,” the “controversial” film that showed him as a former criminal. Presley is Vince Everett, who while serving time for manslaughter is mentored by a cellmate on how to succeed as a musician. When he is released from prison, Everett works at his career and is helped by Peggy Van Alden (Judy Tyler), playing a musical promoter. But as Everett’s success grows, his own self-absorption threatens his relationships and his career.  Featuring a score written by Jerry Leiber and Mike Stoller, in addition to the title track the film also features “Treat Me Nice,” “Baby I Don’t Care,” and “I Want to be Free.” The famous “Jailhouse Rock” dance scene was actually choreographed by Presley. The film is not rated. 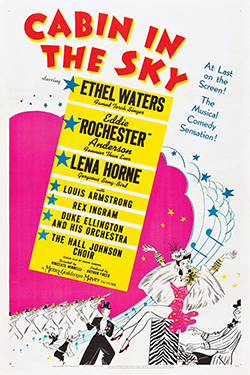 The July 29 showing of “Cabin in the Sky” features a classic musical that many people have never seen. Despite the featured song sung by Ethel Waters, “Happiness is a Thing Called Joe,” being nominated for an Academy Award and that the movie is based on a hit Broadway play, the 1943 film was not shown in parts of the country since it featured a black cast. After being unavailable for many years, the movie was finally released on DVD in 2006. The film features Waters, Eddie “Rochester” Anderson, Lena Horne, Louis Armstrong and the Duke Ellington Orchestra. The story focuses on the Anderson character’s attempts to reform from gambling to answer the prayers of his wife, portrayed by Ethel Waters. It is a morality tale with a group of devils (including Armstrong) trying to show an angel of God that they can win a soul through temptation. Helping them is the temptress, portrayed by Lena Horne. The film features Horne singing “Honey in the Honeycomb” and the Duke Ellington Orchestra performing “Going Up.” The film is not rated. 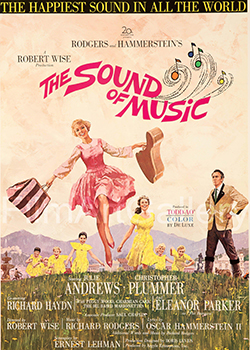 On August 5 the series will feature what is arguably the most popular musical film ever, “The Sound of Music.” The 1965 film won five Academy awards and broke “Gone with the Wind’s” box office records. Starring Julie Andrews and Christopher Plummer, the movie is based on the memoir of Maria von Trapp. The film shows a story of love and the joy of life coming into conflict with the growing power of the Third Reich, where loyalties are tested and the von Trapp family seeks to escape to Switzerland.  The music, written by Richard Rodgers and Oscar Hammerstein II, features such well known songs as “My Favorite Things,” “Do-Re-Mi” and “Climb Every Mountain.” The film is rated G. 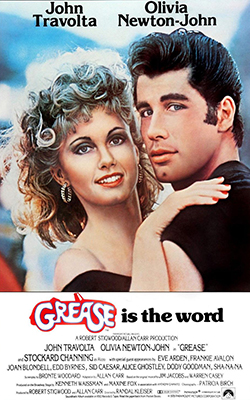 The series will end with 1978 movie version of “Grease,” starring John Travolta (Danny), Olivia Newton-John (Sandy), and Stockard Channing (Rizzo). In 1958, Danny falls in love with Sandy, who is visiting from Australia. When the school year starts they are both surprised to see one another at the same school, but Danny resumes his tough-boy act to impress his friends. Sandy is taken under the care of the Pink Ladies, headed by the tough-talking Rizzo. In the midst of car races, gang rivalries and shattered dreams, Danny and Sandy try to find their way back to one another. The hit soundtrack includes the title track, “Summer Nights,” “Hopelessly Devoted to You,” “You’re the One That I Want” and “Greased Lightnin’.” The film is rated PG-13.

Tickets are $5 and will be sold at the door. The Knickerbocker Theatre is located in downtown Holland at 86 E. Eighth St, between College and Columbia avenues.