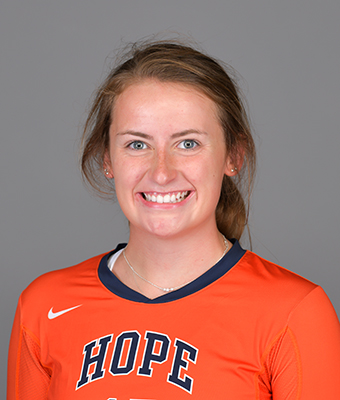 McKenna Otto Selected as the MIAA Volleyball Athlete of the Week

The sophomore from Wheaton, Illinois (Wheaton North HS) averaged 4.53 kills and 1.20 blocks per set last week and helped the Flying Dutch win three times. She also hit .386 for the week.

Otto led Hope in kills in all four matches against Saint Mary’s College, No. 2-ranked Calvin University, Alma College and No. 1-ranked University of Chicago.

On Friday, Otto totaled 17 kills and seven blocks while hitting .552 during Hope’s four-set victory at Calvin in non-conference play.

On Tuesday, Otto finished with 16 kills and two blocks during a three-set win at Saint Mary’s.

This is Otto’s second MIAA Player of the Week honor this season and in her career.