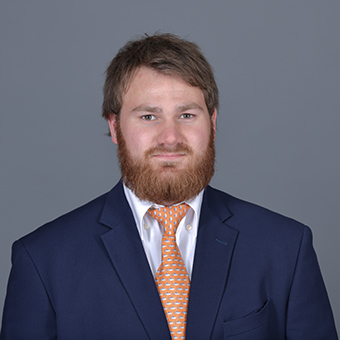 Hope College quarterback Mason Opple is one of 12 semifinalists for the 2019 Gagliardi Trophy, an award presented by Jostens and the J-Club of Saint John's University (Minnesota) to the most outstanding football player in NCAA Division III.

The senior from Hudsonville, Michigan (Hudsonville HS) led the Flying Dutchmen to a historic season this fall.

The Gagliardi Trophy, given annually since 1993, recognizes excellence in athletics, academics and community service. The award is named after John Gagliardi, Saint John's legendary Hall of Fame head football coach who retired in 2012 with 489 career victories, the most in college football history. John passed away in October 2018 at the age of 91.

On Thursday, December 12, D3football.com will announce the four finalists via live stream at 3 p.m. Eastern.

The winner of the 2019 Gagliardi Trophy will be announced by D3football.com on Friday, Dec. 20, as part of NCAA Division III Championship Stagg Bowl pregame coverage in Shenandoah, Texas.

“Mason is tough, rugged and has a fierce 'compete' level that is off the charts,” head coach Peter Stuursma said of his quarterback. “You only get the opportunity to coach a Mason Opple once in a lifetime.”

A dual-threat quarterback, Opple guided Hope to a 9-2 overall record this fall that matched the 1984 school record for wins in a single season. The Flying Dutchmen also claimed their 21st Michigan Intercollegiate Athletic Association regular-season title and first since 2007.

Hope also advanced to the NCAA Division III playoffs for the fifth time in team history and first since 2006. The Flying Dutchmen lost in the first round to Wartburg College (Iowa).

Opple recorded career-highs with 1,598 yards passing and 16 touchdown passes this season. He completed 64.1 percent of his passes (125-195) and did not throw an interception.

Over two seasons and 17 games, Opple attempted 302 consecutive passes without being picked off.

On the ground, Opple rushed a career-high 172 times for 858 yards and 16 touchdowns. He finished with 45 career rushing touchdowns — third most in Flying Dutchmen history.

Opple was named MIAA Most Valuable Offensive Player as a senior after receiving All-MIAA First Team honors for the second consecutive season.

The Gagliardi Trophy design features a sculpture of Gagliardi and a player, representing the teacher-coach and the student-athlete in a one-on-one sideline consultation. Hand-cast in bronze on a polished wood base, the trophy stands nearly two feet tall and weighs approximately 64 pounds.

The words "The Gagliardi Trophy presented by Jostens & J-Club" are printed on the acrylic panel behind the figures. The words "Division III 2019 Player of the Year" and "Honoring Excellence in Football, Academics and Community Service" are etched on two panels below the figures.

Nominations were submitted by colleges across the country, and the semifinalists were selected by the J-Club Board of Directors.