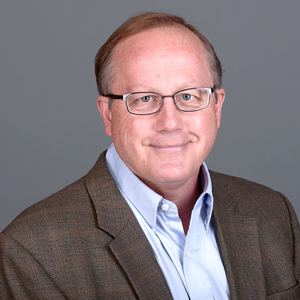 Dr. Chuck Green of the Hope College psychology faculty has been presented the 55th “Hope Outstanding Professor Educator” (H.O.P.E.) Award by the graduating Class of 2019.

The H.O.P.E. award, first given in 1965, is presented by the graduating class to the professor who they feel epitomizes the best qualities of the Hope College educator.

Green was named the recipient during the college’s Commencement ceremony, held at the Ray and Sue Smith Stadium on Sunday, May 5. The award is normally a surprise until its announcement. However, because Green was unable to attend the event due to a family wedding, he was informed earlier in the week and expressed thanks via a prerecorded video message played on the large screen at the stadium.

Green has been a member of the Hope faculty since 1983. He is a social psychologist who works to share social science research on race and culture with a broader audience. His teaches Social Psychology and Race in America, as well as two companion courses with Race in America for students who want to explore the topic in greater depth: Race in Health and Healthcare, and Race in Christian Faith and Life.

Among other community involvement through the years, he has worked with the Lakeshore Ethnic Diversity Alliance (LEDA) in a variety of ways, including as a member of the planning committee for several Lakeshore Region Summits on Racism, including the first in 2001. He was also on the planning committee for the Holland Pow Wow for five years, and is actively involved in his church, New Community Fourth Reformed Church.

Green received a Michigan Campus Compact (MCC) Faculty/Staff Community Service-Learning Award in February 2005. He has received multiple awards from Hope during the college’s Faculty Recognition Luncheon held each January, including the “Provost’s Award for Service to the Academic Program” in 2003, the “Ruth and John Reed Faculty Achievement Award” in 2011 and the “Motoichiro Oghimi Global Courage Award” in 2013. In May 2006 he received the college’s seventh annual “Vanderbush-Weller Development Fund” award for strong, positive impact on students, and in both the fall of 2006 and the fall of 2010 he received the faculty appreciation award presented by the college’s Student Activities Committee and student life office during Homecoming.