Sept. 28 Pull Tug-of-War to Be Relocated Because of Site Conditions

As best can be gleaned from the historical record, Hope College’s Pull tug-of-war has happened in just two locations since it began in the 19th century.

Due to high water levels at the event’s traditional home on the Black River because of Lake Michigan’s near-record highs, this year’s installment of the 122-year freshman-sophomore contest will add a third when it takes place on Saturday, Sept. 28, at 3 p.m.:  along the south side of 11th Street between Lincoln and Fairbanks avenues.

The Pull will feature teams from the sophomore Class of 2022 and the freshman Class of 2023.  The public is invited, and admission is free.

Held in its first years across a small stream near Holland’s Pilgrim Home Cemetery, the Pull has taken place across the Black River since 1910.  This year, however, Lake Michigan — to which the Black River is connected via Lake Macatawa — is about two feet above average, resulting in high water on the river affecting the competition site and also impeding access via the low-lying terrain that must be crossed to reach the southern bank.

Given the long history of the Black River location, the decision to move the Pull was not made lightly, explained the event’s staff adviser, Dr. Richard Frost, who is vice president for student development and dean of students, and he and the student organizers met several times to discuss the challenges and options before they decided on the change.  The clincher was on Monday evening, when the students tested the conditions at the site by digging some of the shallow pits in which the participants lie for up to three hours during the contest — and found that they filled with water.

“The students agonized over this,” Frost said.  “They’re dedicated to the Pull and its traditions, and take their role as stewards of the event very seriously.”

“But they’re also mindful of the safety of the participants,” he said.  “They did everything they could, but in the end they said, ‘There’s no choice.’”

Frost noted that access to the southern side of the river has also been a concern because of the increased size of a stream running through the area that has normally been made relatively crossable by a temporary bridge of pallets and boards.

“Reaching that side has always been challenging because of the stream,” Frost said.  “This year’s high water levels would make it almost impossible for participants, audience members or safety personnel to get to the site.”

Frost also stressed that this year’s move is meant to be temporary.  “We have every intention of going back to the Black River,” he said.

As has long been tradition, the participants will be vying from opposing ends of a rope stretching hundreds of yards.  While the new site doesn’t include a water barrier, Frost noted that the college will create a division of some sort between the teams.

Each Pull team has the same number of members, with up to 18 students apiece on the rope as “pullers” with an equivalent total acting as guides and morale boosters, or “moralers.”  With the freshmen having recruited a smaller team than the maximum, there will be 12 pullers on each side this year.

The freshmen are coached by the junior class while the sophomores are instructed by the seniors. The coaching arrangement also leads to a rivalry between the even-year and odd-year classes.

In 1977, the Pull set a record for length and uniqueness. The freshmen and sophomores tugged for three hours and 51 minutes before judges called a tie due to darkness. In contrast, the shortest Pull lasted two minutes and 40 seconds in 1956.

New rules were implemented in 1978, following the 1977 marathon, limiting the event’s duration to the three-hour maximum known today. The rules now allow the judges to determine the winning class by measuring the amount of rope pulled from the other team if one team has not claimed all of the rope within the three hours.

The sophomore Class of 2021 team won last year’s Pull, which was held on Saturday, Sept. 29, 2018.  Through the years, the sophomores and even-year classes have held the edge in the win-loss column. Since 1909, the sophomores have taken 70 contests to the freshman class’s 32; the even-year/odd-year split for the same period is 56 to 46.

This year’s Pull is the second long-running Hope event to be relocated because of high water levels near the Black River and the season’s rain.  The 54th annual Hope-Holland Community Day picnic on Saturday, Sept. 14, was originally scheduled to take place at Windmill Island Gardens but moved to campus because of standing water at the picnic site.

11th Street will be closed between Lincoln and Fairbanks due to the Pull, although there will still be access to the DeVos Fieldhouse parking lots along 11th, which will be available for public use.  There will be no parking on the south side of 11th Street along the Pull site. 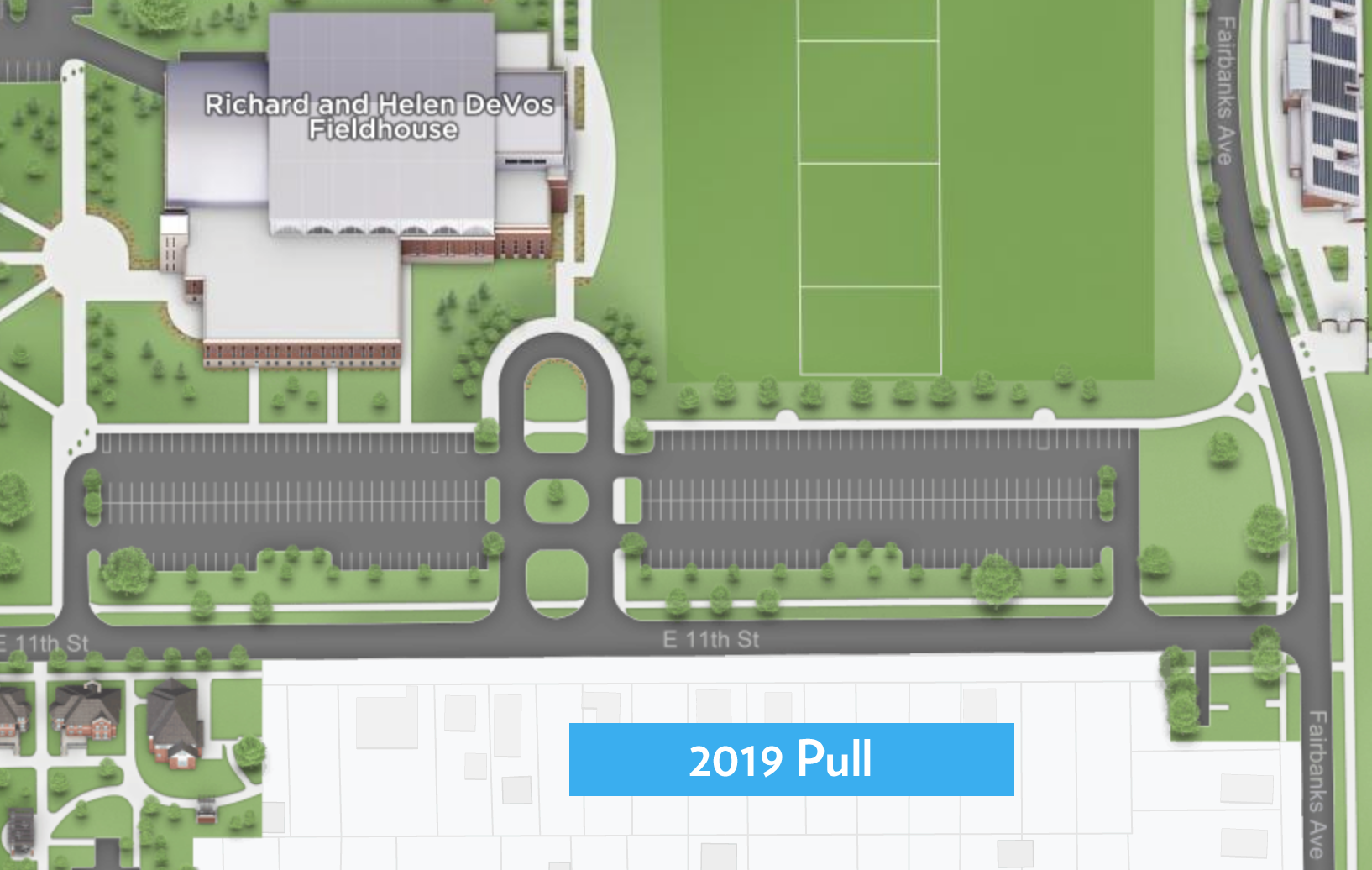