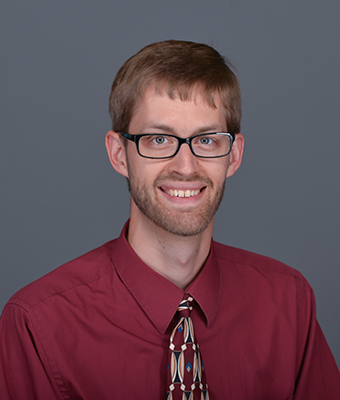 The new book “Digital Life Together: The Challenge of Technology for Christian Schools” co-authored by Dr. Steven McMullen of the Hope College faculty takes a case-study approach in exploring how such technology can affect and be integrated into K-12 schools’ missions and teaching.

Nearly a decade in the making, the book explores in-depth the pitfalls and benefits that two Christian school systems experienced and the lessons they learned through the process. Intended as a resource for other educators and systems wrestling with the same issues, it is being published by Wm. B. Eerdmans Publishing Co. of Grand Rapids this month and is available online.

“The goal of the book is not to talk about particular tools,” said McMullen, an associate professor of economics whose interests include empirical education policy research and ethics and theology in economics.  “Instead, we thought it’d be better to take a step back and think about the technology that we’re using and how we’re using it.”

“Digital Life Together” was of course written before the mass shift to digital learning earlier this spring due to efforts to mitigate the spread of COVID-19, and much of its emphasis is on the implications for Christian schools in light of their faith-oriented missions. McMullen hopes, though, that the experiences and insights that it chronicles will be helpful to a wide range of educators who may now be considering digital technology’s impact more intensely than before, wherever they serve.  “We did not anticipate this, obviously, but it does feel like this book is coming out at the moment that we need it,” he said.

In addition to McMullen, the authors are Dr. David I. Smith and Dr. Marjorie Terpstra, both of whom are members of the faculty at Calvin University, and Kara Sevensma, now adjunct professor at Calvin University and Lenoir-Rhyne University. All four were on the Calvin faculty when they started working on the project in 2013.

The book includes insights from surveys, interviews and close observations of teachers, administrators, students and parents.  It contains 39 chapters grouped within six sections — orientation, mission, teaching and learning, discernment, formation and community.  “We intend for the way the book is organized to be useful for readers who want to drop in on specific topics as well as those who are reading it as a whole,” McMullen said.

Although it was developed with Christian schools and their faith-focused approach to teaching and community in mind, McMullen believes that many of the questions that it addresses are universal.

“The argument is broadly that technology is more than just a useful tool to do a couple of things more efficiently,” he said.  “There’s a very real sense that the nature of the academic community changes when you introduce these technologies.”

In charting the changes, the researchers found that intertwined advantages and disadvantages abounded.

For example, using digital technology — in a situation in which the technology was available to everyone — teachers were able to provide their students with foreign-language learning and cultural engagement by connecting with classrooms in other countries.  At the same time, students absorbed in working on their laptop computers might inadvertently ignore one another or a guest who entered the classroom.

Similarly, while students were able to locate information readily on the internet, the ease of the process altered the nature of studying and research.  “Because it’s designed for efficiency of task completion, that’s the way that their work leans,” McMullen said.  “You don’t have to read the chapter if you can do a quick search.  The result is that we end up learning differently with paper than we do with digital.”

In the same way, although teachers found creative ways to use digital technology to increase motivation by making assignments more relevant — for example, a project might be published online for an audience to see rather than destined for the teacher only — the technology also provides potential distraction.

“It raises the opportunity cost of doing the boring thing because one click away is the fun thing,” McMullen said.  “So how do we deal with that?  We have to find strategies.”

Given the 24/7 nature of the online world, work-life balance also becomes a challenge.  “It’s harder to draw boundaries,” McMullen said.  “The teachers in particular felt the blurring lines between ‘When is school?’ and ‘When is not school?’”

The researchers emphasize throughout the book that there aren’t likely to be solutions that apply to everyone, but they hope that the topics and examples will help others as they address the issues in their own context.  McMullen noted that what the team has found to be universal, though, is the need for agreement within the school community regarding what the standards and practices should be.

For example, McMullen said, a solution to the problem of ignoring others might be an expectation that everyone in the school or system closes their laptops when a guest enters the classroom.

“It’s a small thing, but culture around these habits develops slowly and sometimes it has to develop intentionally,” he said.  “Unless you come to agreement as a community, the implicit expectations are going to be different and then you’re going to have conflict.”