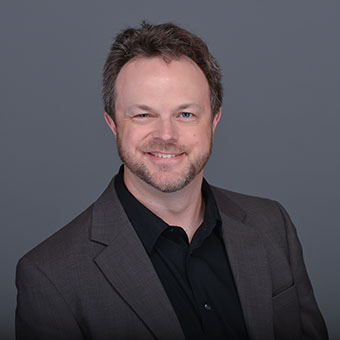 Dr. Gabe Southard of the Hope College music faculty has been named a Pearl Flute Artist by Pearl Musical Instrument Company, a global manufacturer of flutes based in Yachiyo, Japan.

Southard is one of only 64 musicians around the world to hold the distinction, which reflects upholding a high level of performance and educating as a flutist in addition to using Pearl flutes.  Southard recently transitioned to a Pearl flute after performing with his previous instrument for nearly 30 years. He has an additional Pearl flute on order that he hopes to receive in January; it is currently being custom-made for him.

Southard is an associate professor at Hope, where he has been a member of the faculty since 2007.  He teaches the flute studio; runs various flute ensembles; plays in and conducts the Faculty And Student Collaborative Ensemble (FASCE); conducts the Wind Ensemble; and heads up the Instrumental division of the Music Education Department.

He maintains an active performing schedule by playing principal flute in the Holland Symphony Orchestra, and giving solo and chamber recitals.  He was a semifinalist in the National Flute Association’s Piccolo Artist Competition and winner of the 2016 Convention Performers Competition, where he performed two new works at the convention in San Diego.

As an advocate of new music, Southard has been involved in many commissions, including world premieres of “The Conjurer” flute concerto and “Gold Mosaic” for flute, oboe and piano, both by Dana Wilson, and regional premieres of the “Concerto for Flute and Wind Ensemble,” by Peter Senchuk; “Krummholz Variations,” by Oliver Caplan; and “Machiavelli's Conscience,” by Michael Markowski.  He has also performed with the Madison Symphony Orchestra, the Lucca, Italy Opera Orchestra, and a number of community orchestras.  He is currently engaged in recording a CD of works by Dana Wilson.

Southard holds degrees from Ithaca College (BM), the University of Wisconsin-Madison (MM), and Michigan State University (DMA).  He has studied with Dr. Wendy Mehne, Randy Bowman, Stephanie Jutt, Helene Rosenblatt and several others.  When he is not playing flute, he enjoys spending time with his wife, Sarah Southard, who is a professional oboist; his eight-year-old daughter, Clara, and his 13-year-old King Charles Cavalier Spaniel, Arthur.