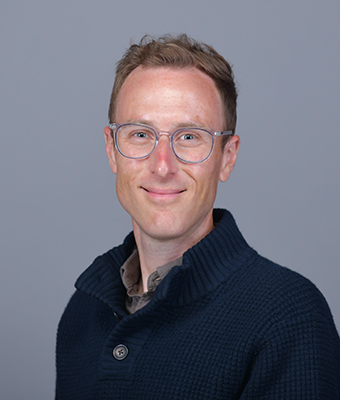 Dr. Daryl Van Tongeren of the Hope College psychology faculty has been named a Fellow of the Association for Psychological Science, the only honoree from a liberal arts college among the 43 APS members named Fellows this fall.

As described by the APS, “Fellow status is awarded to APS members who have made sustained outstanding contributions to the science of psychology in the areas of research, teaching, service and/or application.”  Fellows are selected by the APS Board of Directors twice each year from among nominations initially reviewed by a committee consisting of APS Fellows. The new Fellows are from institutions across the United States as well as from Australia, Brazil, Canada, England, the Netherlands and Scotland.

It is the third time this year that Van Tongeren has been chosen to receive external recognition for his impact in the field of psychology.  In October, he received a “10 Under 10” alumni award for 2021 from Virginia Commonwealth University. He has also been named recipient of the Margaret Gorman Early Career Award of the Society for the Psychology of Religion and Spirituality, a division of the American Psychological Association, which will be presented next August.

His newest recognition is the second major honor that he has received from the APS, which in 2016 named him a Rising Star, a distinction most often bestowed on scholars at institutions with graduate-level programs.

Van Tongeren is an associate professor of psychology and interim associate provost at Hope, where he has been a member of the faculty since 2012. His research focuses on the social motivation for meaning and its relation to virtues and morality.  Specifically, he and his students adopt a social-cognitive approach to study meaning in life, religion and virtues, such as forgiveness and humility.

He is co-author, with his wife, Sara, who is a licensed clinical social worker, of the book “The Courage to Suffer: A New Clinical Framework for Life’s Greatest Crises,” published in March 2020.  He has also published more than 190 journal articles and academic book chapters, and has received multiple grants for his research from the John Templeton Foundation as well as from the college.

Van Tongeren regularly involves students as collaborative researchers in his work, both part-time during the school year and full-time during the summer.  Several Hope students are co-authors on his publications, and students he mentored in research have twice received regional awards for excellence from the Midwestern Chapter of Psi Chi – The International Honor Society in Psychology.

He has also been honored for his scholarly work by Hope, which named him a Towsley Research Scholar in 2015 and presented him with the college’s Social Sciences Young Investigators Award in 2014.  This past May, he delivered Hope’s Commencement address for the graduating Class of ’21.

The APS is the global scientific home of more than 25,000 leading psychological science researchers, practitioners, teachers, and students across all continents. The association is dedicated to advancing scientific psychology across disciplinary and geographic borders.