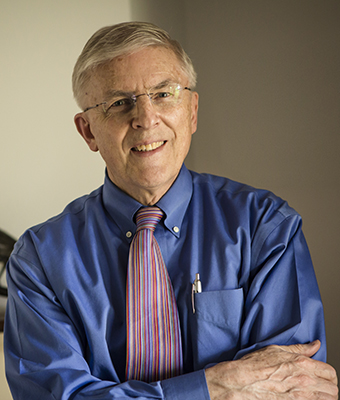 Dr. Kenneth G. Elzinga, who is the Robert C. Taylor Professor of Economics at the University of Virginia, will present “C.S. Lewis and Freedom: Christianity’s Most Famous Apologist Meets Adam Smith,” on Monday, April 12, at 7 p.m. through a live-streamed event hosted by the Markets & Morality student organization at Hope College.

The event will be livestreamed via the Hope College YouTube channel and on hope.edu/live.  The presentation will be in the college’s Jim and Martie Bultman Student Center, but out of an abundance of caution due to the ongoing global COVID-19 pandemic, in-person seating will be limited to a small number of the college’s students.

As explained in the presentation’s description, Elzinga will explore “What happens when the 20th century’s most prominent Christian apologist encounters the founder of the discipline of economics? That is, what would happen if C.S. Lewis met Adam Smith?”  Though the encounter could not happen in real time, Elzinga contends that the writings of C.S. Lewis fit comfortably within what Adam Smith called the “obvious and simple system of natural liberty.”

Elzinga, who is a former member of the Hope College Board of Trustees, has been a member of the University of Virginia faculty since 1967.  Each fall, his introductory economics course attracts more than 1,000 students and is the largest class offered at the university. His Antitrust Policy seminar, which is taught using the Socratic method, often has a waiting list of two years.

His major research interest is antitrust economics, especially pricing strategy and market definition. He has testified in several precedent-setting antitrust cases, and was the economic expert for the prevailing parties in three Supreme Court cases: Matsushita, Brooke Group, and Leegin. The author of more than 100 academic publications, he also is known for four mystery novels (under the pen name Marshall Jevons) in which the protagonist employs economic analysis to solve the crime. Elzinga has a B.A. from Kalamazoo College and a Ph.D. from Michigan State University.