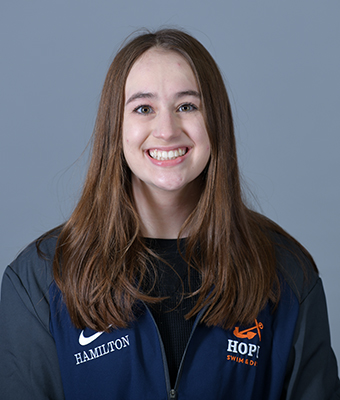 Hope College’s Cameron Hamilton is the Michigan Intercollegiate Athletic Association Women’s Diver of the Week for the first time in her career.

The freshman from Libertyville, Illinois (Libertyville HS) recorded first-place performances on both the 1- and 3-meter boards on Friday at Holland Community Aquatic Center during a double-dual meet against Alma College and Kalamazoo College.

On the 3-meter board, Hamilton scored a season-high 213.65 points and placed first.

On the 1-meter board, Hamilton earned 205.75 points and finished first.

The two victories helped the Flying Dutch defeat both Kalamazoo and Alma.