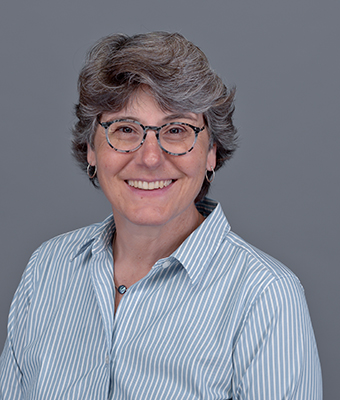 The Hope College Alumni Association has presented a Meritorious Service Award to Eva Dean Folkert, who retired earlier this spring as interim director of public affairs and marketing after serving in multiple capacities at Hope since 1985.

The Meritorious Service Award recognizes contributions to Hope and its alumni through notable personal service and long-time involvement with the college.  Folkert, who is also a former co-director of athletics, coach and member of the kinesiology faculty at Hope, received the award on Monday, April 25, during a reception immediately preceding the HOPEYs, the annual celebration of the past year in Hope College Athletics, held at the Richard and Helen DeVos Fieldhouse.

“Eva epitomizes the ideals represented by the Meritorious Service Award,” said Tim Schoonveld, director of athletics at Hope, a long-time colleague who presented the award.  “She has dedicated herself to the college in more ways than most people know. Her work has helped to transform countless lives, and it has been a privilege to see the impact she has had.”

A 1983 Hope graduate, Folkert was initially a reporter and sports writer with The Holland Sentinel.  She returned to Hope in 1985 as a writer and editor in the Public Relations Office (now Public Affairs and Marketing).  She transitioned to the staff of the Registrar’s Office in 1989, and then from 1997 to 2003 was assistant director of intramurals and athletics tickets manager.

From 2003 to 2014, she served, successively, as senior administrator for women’s athletics, director of women’s athletics and co-director of athletics; in addition to coaching women’s golf from 2005 to 2009 and holding a faculty appointment as an assistant professor of kinesiology.  She was meet manager in 2005 for the NCAA Division III Swimming Championships for men and women; served in a similar capacity for the NCAA Division III Women’s Basketball Championships in 2008, 2009, 2012 and 2013; and was on the NCAA Division III Women’s Golf Championships Committee from 2007 to 2011.  Folkert taught courses including Health Dynamics, 5K Training, Racquetball and Sports in Society, as well as First-Year Seminars and Senior Seminars.  She spent the fall of 2010 in Tokyo, Japan, through the college’s faculty-exchange program with Meiji Gakuin University, and guided Hope students in Japan in 2012 and 2019.

Folkert returned to the college’s Public Affairs and Marketing staff in 2018.  She was initially director of communication services, leading the team directing Hope’s news/media relations, sports information and photography services, and became interim director of the office during the summer of 2021.  She is among the contributors to the newly published book “In Pursuit of Excellence: Be Strong – Be True: A History of Intercollegiate Athletics at Hope College, 1970-2020” by Tom Renner, authoring a chapter on the evolution of intercollegiate sport for women.

In her book chapter, Folkert credits Dr. Anne Irwin, who retired in 2003 as director of women’s athletics and a professor emerita of kinesiology after 27 years at the college, as “the true hero of the emergence and growth of women’s sports at Hope.”  Schoonveld noted that Folkert deserves major acclaim as well for making a lasting and significant difference as a champion of women’s athletics.

“I firmly believe that Eva is one of the most influential people ever at Hope College in relation to her impact on growing women’s athletics,” Schoonveld said. “Her work has left a mark that women on this campus will benefit from for as long as Hope exists.”

Folkert graduated from Hope with majors in business administration and communication, and in 2005 completed a master’s degree in sports administration at Western Michigan University.  Hope presented her with its Vanderbush-Weller Award for strong positive impact on students in 2005, and during 2009-10 and 2012-13 she was the NCAA Division III Ethnic Minority and Women’s Internship grant awardee to enhance ethnic minority and gender representation in athletics administration.

In retirement she is working part-time as communications coordinator for the Holland Aquatic Center.