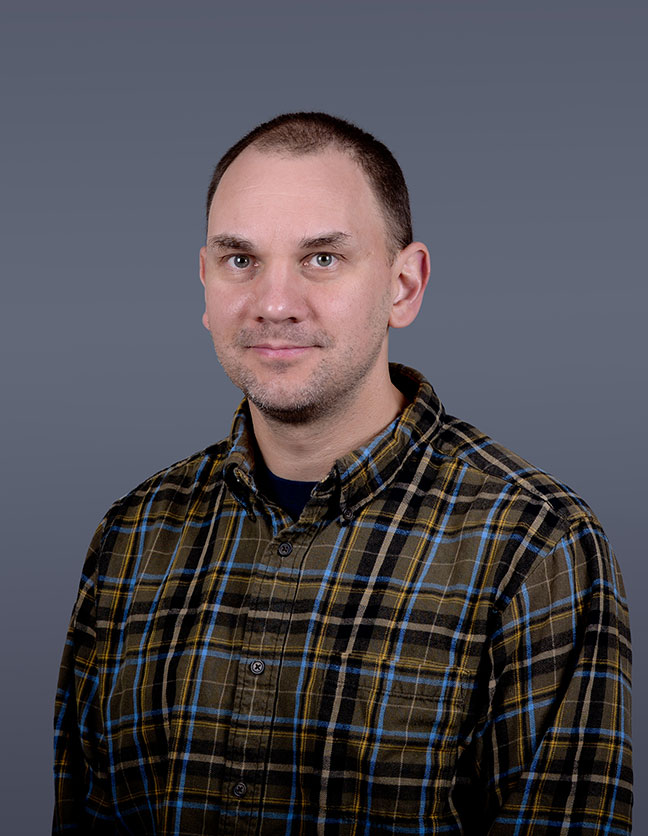 Chuck Cusack has been teaching in the Department of Computer Science at Hope since 2005 and began a joint appointment in the Department of Mathematics & Statistics in 2016. His favorite classes are theoretical/mathematical ones, especially those related to discrete mathematics, data structures and algorithms.

He is in charge of the Computer Science Help Center.

Chuck’s current research interests include algorithms, graph theory and combinatorics. In recent years, his focus has been on problems related to graph pebbling, which can be used to model certain network optimization problems and has ties to number theory, as well as to some fundamental questions at the core of computer science. He uses both mathematical and algorithmic approaches in his work. He is particularly interested in something called Lemke graphs, and how they relate to an open problem in graph theory referred to as Graham's Conjecture.

View all of Charles Cusack’s published work on Digital Commons.

Chuck is a Lego artist, a disc golfer and a runner. He is an active member of the Holland Running Club and has served as the treasurer for the club in recent years.