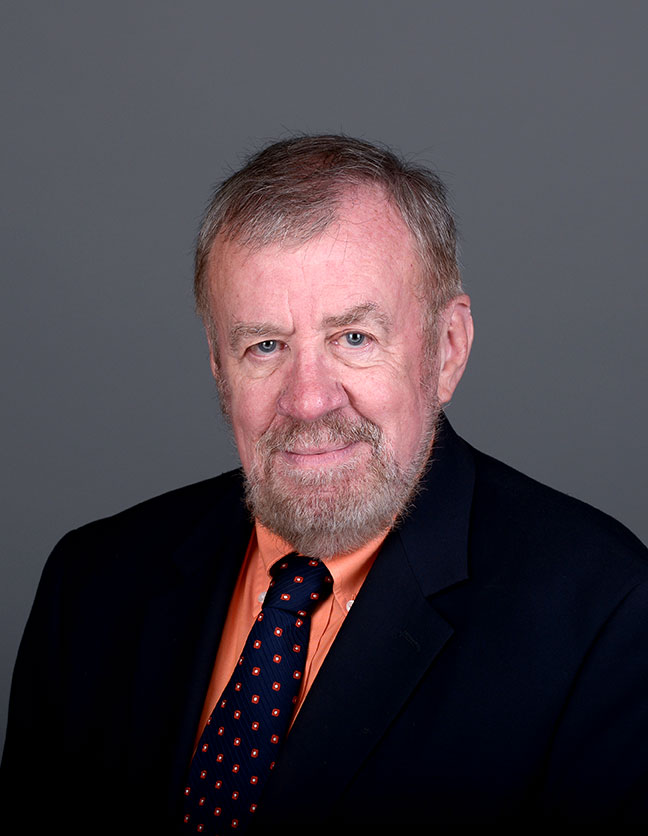 Stephen Hemenway has taught English at Hope College since 1972 and has directed the college’s Vienna Summer School since 1976. More than 2,600 students have participated under his tutelage. 2020 will be his 45th year in a row in charge of this 64-year-old international program. Dr. Hemenway has taught an Expository Writing I course called “Crime and Punishment” for 48 years. He has taught many survey courses of:

He has taught upper-level courses on the writings of James Joyce, George Bernard Shaw, Ernest Hemingway and the Beatnik Generation. He has conducted distinctive senior seminar courses on campus and in Vienna and directed many independent studies. In the field of creative writing, he has taught courses in satire and creative nonfiction. Before coming to Hope, he taught for one year at St. Mary’s College in Above Rocks, Jamaica, West Indies, for the Jesuit Mission Program, and for one year as a Fulbright teacher at Panjab University, Chandigarh, India.

Dr. Hemenway is active at Our Lady of the Lake Catholic Church in Holland and serves on the advisory board to Hope College’s Saint Benedict Institute, which seeks to strengthen and encourage Catholic students at Hope College and engage them about important issues from an explicitly Catholic perspective. He speaks regularly to community groups on topics that range from Beatnik writers to French films, from African-American authors to the life of Dr. Paul Fried.