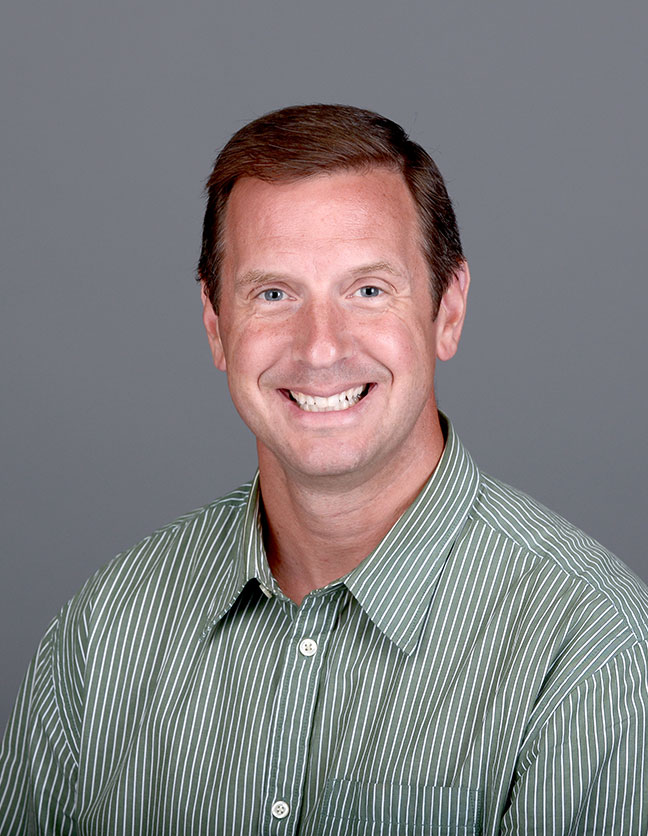 Ryan McFall ’93 started working at Hope in 2000. He is a professor of computer science and has served as the department chairperson since fall 2012. He is currently active in several curriculum development projects and is hoping to begin research projects in the area of user interface and user interaction design. He has served as the principal architect of the online teaching evaluation system on campus (SALT), working with students to create the program.

Ryan’s primary areas of expertise include educational technology and the practical aspects of software engineering. In the early 2000s, he led a project to develop and evaluate the impact of collaborative electronic textbooks, implementing one of the first tablet computing platforms, the Microsoft Tablet PC. Many of the ideas his research team investigated are now making their way into commercial products. The community highlights feature in the Amazon Kindle platform is very similar to ideas that he investigated in his eTextReader project.

He spent the fall 2013 semester as a software developer at Open Systems Technologies (OST) in Grand Rapids. He also spent parts of the summer of 2014 as consultant with OST. He has been working to bring many of the tools and practices he learned there into his courses at Hope.

View all of Ryan McFall’s published work at Digital Commons.

Outside of work, Ryan enjoys spending time with his family (wife Leanne ’93 and children Lauryn, Nathaniel and Rachel). Given the current ages of his children, he spends a lot of time driving them around.

He also enjoys participating in and watching many athletic events. He enjoys basketball, but is particularly fanatical about tennis and can usually be found at DeWitt Tennis Center over the noon hour 3–4 times each week. He also plays a variety of tournaments and participates in a USTA men's league.

He has served as a 4-year-old classroom leader at his church for several years and has also volunteered as a KidsHope USA mentor.

Ryan is a third-generation Hope student. He is also a descendant of Isaac Fairbanks, one of the first settlers of Holland.