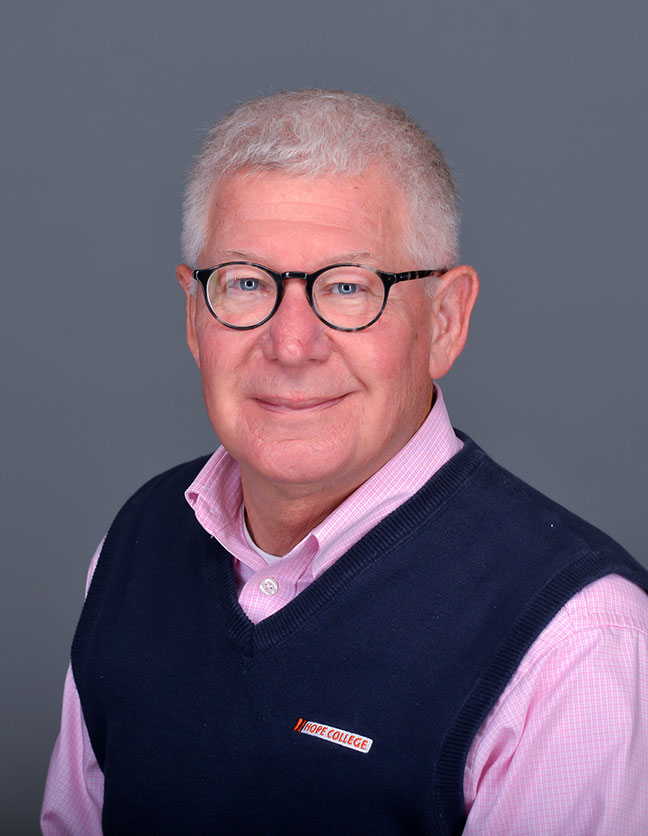 Upon graduating from Hope in 1976, Bill Moreau embarked on a 36-year career as a high school English teacher for Hamilton (Michigan) Community Schools. He served as the school district’s English Department chair (or co-chair) for 23 years and started Hamilton High School’s Advanced Placement English program. Bill taught AP English Literature and Composition during the last 17 years of his Hamilton teaching career.

After being selected as a Fulbright Teacher Exchange participant for the 1994–95 academic year, Bill taught at Farlingaye High School in Woodbridge, England. As a result, he established a student exchange program between Hamilton High School and Farlingaye High School. During the 18 years this program ran, over 350 students from the two schools participated.

In 1983, Bill started teaching part-time at Hope College. In 2012, after 29 years as a part-time professor, he accepted a full-time position in Hope’s Department of English.

Bill has taught the secondary English methods class (English 380/381) at Hope since 1983. Over the years he has also taught dozens of sections of English 113: Special Topics, in which each professor designs the course around a chosen topic. In Bill’s “113,” students read three non-fiction books centering on three vastly different real-life survival scenarios, using them as examples of good writing and as inspirations for writing of their own. Supporting Hope students who want to teach middle school or high school English language arts and working with Hope’s first-year writers are his two pedagogical passions.

Bill likes to read, write, run, walk, garden, travel, visit his five grandchildren (in Illinois and Minnesota) and refurbish the 100-year-old house in Holland that he and his fabric-artist wife, Barb, share. Bill and Barb have three adult children, and they are members of Third Reformed Church in Holland.