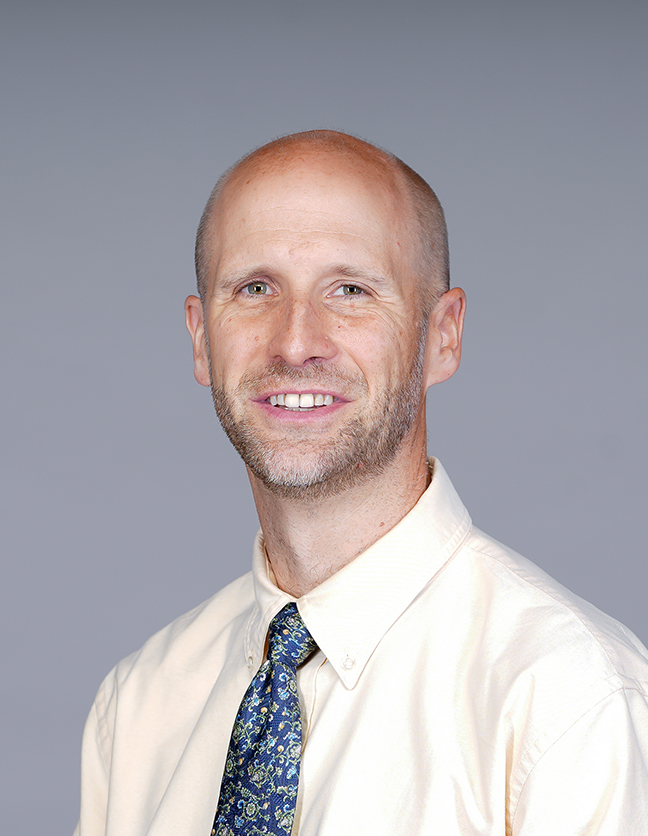 Jack Mulder ’00 joined the Hope College faculty in 2004. Jack currently chairs the Department of Philosophy at Hope. He is also the assistant director of the Saint Benedict Institute, a Catholic organization serving Hope College.

Jack writes and teaches in the areas of philosophy of religion, philosophy of race, Catholic thought, applied ethics and the thought of Søren Kierkegaard. His book Civil Dialogue on Abortion (co-authored with Bertha Alvarez Manninen) was published by Routledge in 2018. His book What Does It Mean to Be Catholic? (Eerdmans) was published in 2015. Many of his publications and presentations have been made possible by collaborative research with Hope students.

Jack specializes in the philosophy of religion, especially issues of Protestant-Catholic dialogue, interfaith dialogue and the thought of Søren Kierkegaard. He also has scholarly interests in sexual and reproductive ethics (especially the abortion debate) and the philosophy of race.

“Must All Be Saved?  A Kierkegaardian Response to Theological Universalism,” International Journal for Philosophy of Religion, 2006

Jack is a member of St. Francis de Sales Catholic Church in Holland, where he teaches occasionally in the Rite of Christian Initiation for Adults (RCIA) program for new Catholics. He is married to Melissa Mulder (Spanish) and has two kids, Maria and Lucas. He enjoys punk rock, kids’ sports and going to the beach with his family.