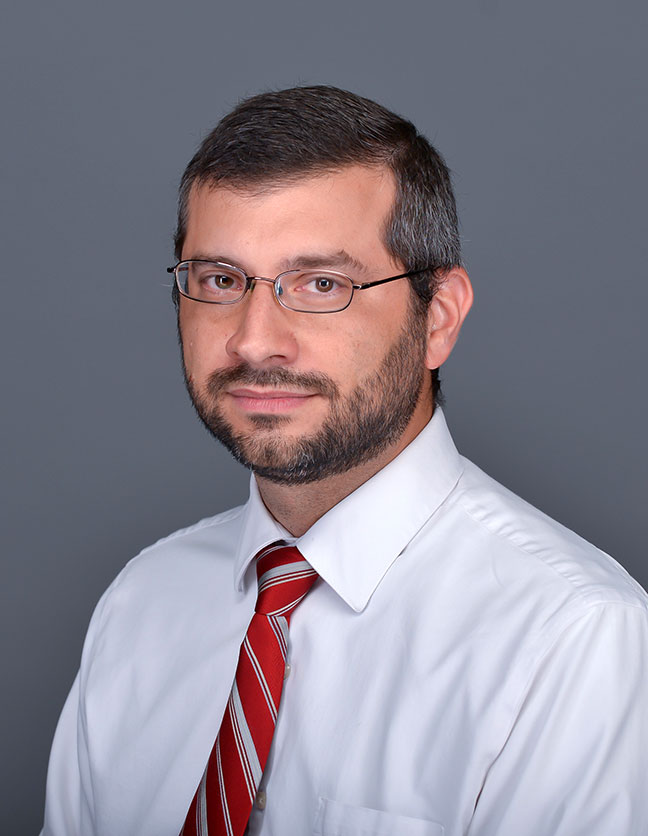 Jared Ortiz joined Hope College in 2012. He teaches Catholic theology in the Department of Religion and is founder and executive director of the Saint Benedict Institute, the Catholic spiritual and intellectual center that serves Hope College.

Dr. Ortiz teaches courses on the Incarnation, church history, Catholic Christianity, the theology of the human person and early Christianity. He is currently researching the themes of politics, holiness and disability in Augustine’s City of God.

Jared is a member of St. Francis de Sales Catholic Church in Holland, where he teaches in the Rite of Christian Initiation for Adults program, which teaches the faith to newcomers. He is married to Rhonda Ortiz, a writer and graphic designer, and has five children, Benedict, Miriam, Joseph, Leo and Magdalene.