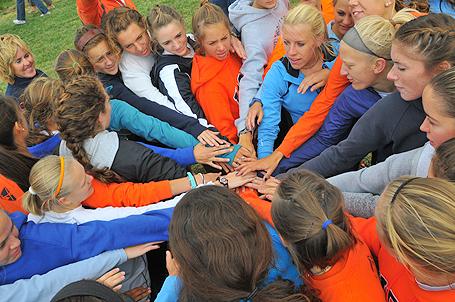 The 2011 Flying Dutch will be seeking to pick up where they left off a year ago when they competed in the NCAA Division III championships.

The 2010 Flying Dutch finished second in the Michigan Intercollegiate Athletic Association (MIAA), were second in the 34-team Great Lakes Regional and competing at nationals for the first time since 1998 ending 19th in the elite 32-team field.

Coach Mark Northuis begins his 23rd season at the helm of the Hope cross country program. Under his leadership the Flying Dutch have finished third or higher every season in the MIAA standings and has been a top ten finisher at regionals seven times over the past decade.

The Flying Dutch also continued to excel in the classroom as they were named to the Academic Honor Roll of the United States Track & Field and Cross Country Coaches Association for the 21st consecutive year. No other women's Division III program has achieved that distinction.