Hope College has appointed five current members of the faculty to long-standing endowed professorships at the college. 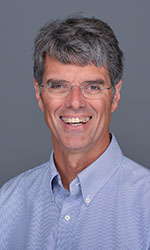 Bouma-Prediger joined the Hope faculty in 1994, and also oversees the environmental studies minor and chairs the Campus Sustainability Advisory Committee, otherwise known as the “Green Team.”  He served as the college’s associate dean for teaching and learning from 2013 through June of this year, and chaired the Department of Religion from 2006 to 2013.

His scholarship focuses on ecology and theology.  His numerous publications include five books: “Beyond Homelessness:  Christian Faith in a Culture of Displacement,” “For the Beauty of the Earth:  A Christian Vision for Creation Care,” “Evocations of Grace: Writings of Joseph Sittler on Ecology, Theology, and Ethics,” “The Greening of Theology: The Ecological Models of Rosemary Radford Ruether, Joseph Sittler, and Jurgen Moltmann”; and “Assessing the Ark: A Christian Perspective on Nonhuman Creatures and the Endangered Species Act.”  He co-authored two chapters in the book “Living the Good Life on God's Good Earth.”  He is also the author of numerous published scholarly articles and essays, and has presented many papers and invited addresses.

“For the Beauty of the Earth” won an “Award of Merit” from Christianity Today in the theology/ ethics category of the magazine’s “2002 Book Awards” program, and in December 2000 “Evocations of Grace” was one of only five books named “editor’s picks” book of the year by Christian Century.

Bouma-Prediger held the college’s John H. and Jeanne M. Jacobson professorship from 2003 to 2007. He was invited to deliver the Commencement address by the graduating Class of 1998, was elected the recipient of the “Hope Outstanding Professor Educator” (H.O.P.E.) Award by the graduating Class of 1999, was chosen by the students to receive the “Faculty Appreciation Award” during Homecoming in 2001 and was invited to speak through the “Last Lecture Series” organized by the college’s chapter of Mortar Board in 2009.  He is also a past faculty representative to the college’s Board of Trustees.

Prior to coming to Hope, he was an assistant professor of philosophy and chair of the department at North Park College in Chicago, Illinois. A 1979 Hope graduate, he holds an M.Phil. from the Institute for Christian Studies in Toronto, Ontario; an M.Div. from Fuller Theological Seminary; and a Ph.D. from the University of Chicago. 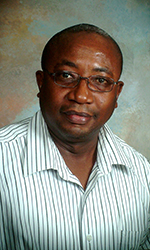 Cole joined the Hope faculty in 2008.  He is also director of global learning and chair of the Department of English.

He specializes in post-colonial literature with particular emphasis on Sub-Saharan Anglophone African literature, India, and the Caribbean; disability studies with a focus on the disfigured body, violence and trauma; and travel and empire studies, especially Victorian literature and its intersections with world literature.  His research focuses primarily on post-apartheid South Africa, but he is also interested in body and trauma studies, especially the ways in which bodily injury shapes identity. He is presently working on spatial theory as construct of national and diasporic identities in post-conflict Sierra Leone.

He is the author of multiple books, including “Theorizing the Disfigured Body: Mutilation, Amputation, and Disability Culture in Post-Conflict Sierra Leone”; “Emerging Perspectives on Syl Cheney-Coker”; “Ousmane Sembene: Writer, Filmmaker, Revolutionary Artist”; and “Space and Trauma in the Writings of Aminatta Forna.”

In June of this year, “Space and Trauma in the Writings of Aminatta Forna” was the focus of a roundtable session of the 43rd annual conference of the African Literature Association at Yale University.  In 2012, Cole was one of 15 scholars nationwide chosen to participate in that year’s Lilly Fellows Program Summer Seminar for College and University Teachers, “Teaching Peace and Reconciliation: Theory and Practice in Northern Ireland.”  Hope named him a “Towsley Research Scholar” in 2011 in support of his research.  He discussed his work during the college’s Winter Happening event in February 2011, presenting the seminar “Negotiating Amputation, Forgiveness and Reconciliation,” and was among the presenters during the college’s September 2012 Critical Issues Symposium, which examined “Reconciliation: Hope in a Divided World.” 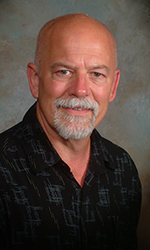 Murray has been a member of the Hope faculty since 1986.

He teaches courses ranging from introductory biology to upper-level explorations of topics including population and community ecology, conservation biology, mathematical biology, and marine biology and biophysics.  He has been active in curriculum development in the Department of Biology, and in integrating field experiences into the department’s courses.

His research interests include ecology and evolutionary biology, especially in plant/animal interactions such as seed dispersal and pollination ecology, and in the dynamics of tropical forests.  He has conducted research in Costa Rica for almost 40 years with his wife, Dr. Kathy Winnett-Murray, who is also a member of the Hope biology faculty, as well as at local sites including the Outdoor Discovery Center and the Hope College Nature Preserve.  He has mentored nearly 100 students in research, both in West Michigan and in Costa Rica.

Murray has received multiple external grants in support of his research, including several from the National Science Foundation as well as Sigma Xi, the American Philosophical Society, the PEW Midstates Science and Math Consortium, the Great Lakes Colleges Association, as well as support through awards to the college from the Howard Hughes Medical Institute and the Sherman-Fairchild Foundation.  His publications include nearly three dozen articles in refereed journals or conference proceedings, and he has presented papers or delivered invited addresses at professional meetings across the United States as well as in foreign nations including Australia, Brazil, Costa Rica and Mexico.

He has been involved in sustainability education nationally as well as locally, including as a member of Holland’s Community Energy Advisory Group, the West Michigan Strategic Alliance, the West Michigan Environmental Action Council and the college’s “Green Team.”  Among other presentations on campus and locally, he organized Hope’s participation in the nationwide “Focus the Nation” program in 2008, which centered on the U.S.’s response to global climate change.  He also led the interactive workshop “What’s My Ecological Footprint” during the college’s Winter Happening in January 2009.

Murray holds Bachelor of Arts and Master of Science degrees in biology from California State University, Northridge, and a doctorate in zoology from the University of Florida, Gainesville. 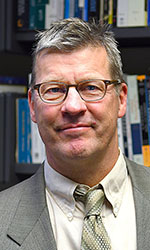 David Ryden has been a member of the Hope faculty since 1994. During his time at the college, he has published numerous books and articles on topics such as the Supreme Court and the electoral process, religious liberty, faith-based sector/governmental partnerships, and other questions at the intersection of religion and politics. His books include “Representation in Crisis”, “The U.S. Supreme Court and the Electoral Process” and “Is the Good Book Good Enough? Evangelical Perspectives on Public Policy.”

In 1997, he was named the college’s first “Towsley Research Scholar,” which allowed him to conduct research on the emerging policy of faith-based initiatives, and eventually resulted in the co-authored book “Of Little Faith: The Politics of George W. Bush’s Faith-Based Initiatives.” During his time at Hope, Ryden has also served as departmental chair and led the college’s highly regarded Washington, D.C., Honors Semester program five times.

In January of this year, Ryden presented a “Winter Happening” seminar at Hope on “The Court in the Crosshairs,” focusing on the 2016 presidential election’s implications for the Supreme Court.  He has been interviewed by multiple local, regional and national media this past year in conjunction with the recent presidential cycle and filling of the Supreme Court seat, including CNN, The Christian Science Monitor, U.S. News & World Report, and The New York Times. Ryden also speaks extensively at local churches and civic organizations, particularly on the impact of faith commitments on voting and political behavior.

Ryden holds a bachelor's degree from Concordia College (Moorhead, MN) and his doctorate from The Catholic University of America. He also holds a law degree from the University of Minnesota, and practiced law full-time prior to pursuing graduate work in American politics. 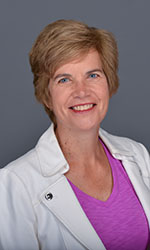 Stewart has been a member of the Hope faculty since 1988, and her professional interests include chemistry research as well science teaching.

She has been active at the national level for more than two decades in efforts to enhance science education. She was a 2005-06 Carnegie Scholar in the Carnegie Academy for the Scholarship of Teaching and Learning (CASTL), which engaged 21 college and university faculty in projects that explored the integration of learning across courses, over time, and between campus and community life.  She has been a member of the leadership council of the Interactive Online Network of Inorganic Chemists (IONiC) since 2007.  In 2012 she was named a Teagle Pedagogy Fellow in the “Lattice for Pedagogical Research and Practice” program developed by the Great Lakes Colleges Association (GLCA) to enhance student learning and achievement.

Stewart has obtained multiple grants worth more than $2.7 million from agencies and organizations including the National Science Foundation (NSF) and Howard Hughes Medical Institute (HHMI), for projects focused on science education nationally as well as on the Hope campus.  Through the years, she has made presentations on interdisciplinary learning and communities of practice at off-campus workshops sponsored by the Mellon Foundation, the NSF and the Howard Hughes Medical Institute, among others.  She co-edited the 2013 book “Connected Science,” focused on making college science education more effective and engaging.

In 1996, she was one of the first two recipients of the college’s “Provost’s Award for Excellence in Teaching” (now the “Janet L. Andersen Excellence in Teaching Award”).  In 2009, she was chosen to speak through the “Last Lecture Series” organized by the college’s chapter of the national Mortar Board honorary society.  She was named the college’s first Schaap Fellow in Chemistry Education in 2016.  She is a past faculty representative to the college’s Board of Trustees.  She has mentored more than 70 undergraduates in collaborative research, in both her current initiatives and in her work in synthetic inorganic chemistry.

Stewart is a graduate of Kalamazoo College and completed her doctorate at the University of California-Berkeley.