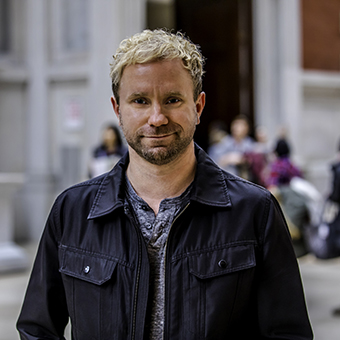 “This is an exciting opportunity for HSRT. Lenny brings a contagious enthusiasm for theatre and education. ” said Anne Bakker, managing director of HSRT.  “His experience, connections and energy will allow the legacy of HSRT to continue moving forward in positive and exciting ways.”

Among other roles, as artistic director Banovez, who succeeds David Colacci, HSRT’s artistic director from 1992 through 2017, will play a leadership role in developing each season’s mix of productions; coordinate recruitment and auditions for HSRT’s actors, directors and designers; and supervise the company’s members. “It truly is an honor to be joining the Hope family.” Banovez said.  “There is a rich history here between HSRT and the local community, as well national reputation for excellence. I am looking forward to continuing to strengthen that bond locally, as well as continue to grow the theatre’s national profile. It is shaping up to be an extremely exciting time for HSRT.”

Banovez has served as Titan Theatre Company’s artistic director since co-founding the company in 2008.  Titan Theatre Company is the largest independently producing theatre company in the borough of Queens and is the official company in residence at Queens Theatre, which is the premier performing arts venue in Queens and features a 472-seat mainstage theatre, 99-seat studio theatre, and 50-seat cabaret space.  The company’s mission is to breathe new life and clarity into classical works of theatre, explore new and contemporary language plays, and deliver adventurous and visceral theatrical experiences for audiences, all in an atmosphere of creativity, collaboration and respect.

His work has received praise in both New York and beyond. New York Theatre review has said, “Director Lenny Banovez has crafted a great production of ‘King Lear”.  Titan joins a list of formidable names like BAM, Theatre for a New Audience and The Public Theatre, a who’s who of theaters that Titan Theatre Company has certainly proved they belong among.”  During Banovez’s tenure at the Houston Shakespeare Festival, Houston Magazine noted, “New York-based Lenny Banovez moves in a faster gear than most.  Known for fearlessly creative productions, the director regularly pushes boundaries and reimagines limits.”  Other acclaim includes 2014 “Best of Queens” awards as director of a musical for “OLIVER!” and as director of a play for “A Midsummer Night’s Dream,” and being named named best director of a play by the Houston Free Press in 2016 for “Henry V.”

He holds a Master of Fine Arts degree from the Professional Actor Training Program (PATP) at Ohio University and a Bachelor of Arts degree in theater arts from the University of Wisconsin-Parkside.

Established at Hope College in 1972, Hope Summer Repertory Theatre is West Michigan’s premiere professional theatre company and produces plays and educational programs of the highest professional standards that address the needs of, and enhance the quality of life for, Hope College and the community.  The productions are presented across the summer months in venues including the college’s DeWitt Center main theatre, DeWitt Center studio theatre and Knickerbocker Theatre.  The company numbers more than 100 annually and features a unique blend of distinguished professionals and young theatre artists from across the United States.  During its forthcoming 2018 season, opening in mid-June, HSRT will present five productions for audiences of all ages.