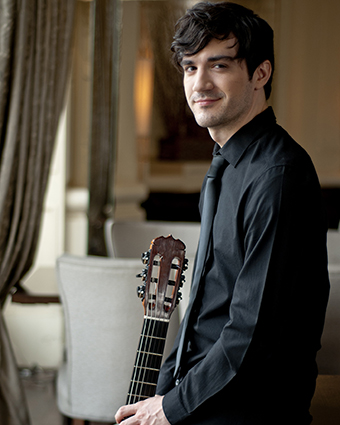 Hope College will feature guitarist Jordon Dodson on Friday, Jan. 25, at 7:30 p.m. in the John and Dede Howard Recital Hall of the Jack H. Miller Center for Musical Arts.

Described as “one of the top young guitarists of his generation” by Performance Today, Dodson is an active soloist and chamber musician based in New York and Philadelphia. He holds degrees from the Curtis Institute of Music, the Manhattan School of Music and the Cincinnati College Conservatory of Music.

Dodson has commissioned and premiered dozens of pieces internationally, including works by Lewis Nielson, Elliot Cole, Robert Sirota and Gabriella Smith. He has received awards from the 2011 Lillian Fuchs Chamber Music Competition, the 2010 Indiana International Guitar Competition and the 2008 American String Teachers Association Competition. In 2013, he was a Young Artist in Residence on American Public Media’s Performance Today.

Individual tickets for the concert are $10 for regular admission, $7 for senior citizens and Hope faculty and staff, and $5 for students 18 and under. Tickets are available online as well as at the ticket office in the Events and Conferences Office located downtown in the Anderson-Werkman Financial Center (100 E. Eighth St.). The ticket office is open weekdays from 9 a.m. to 5 p.m. and can be called at 616-395-7890.