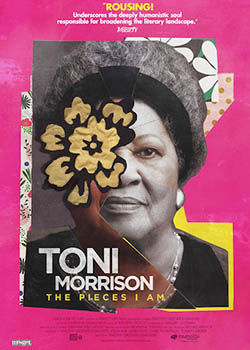 Knickerbocker Theatre to Show “Toni Morrison, the Pieces I Am”

The Hope College Knickerbocker Theatre’s Fall Film Series will feature “Toni Morrison, the Pieces I Am” on Monday-Saturday, Sept. 30-Oct. 5, at 7:30 p.m.

“Toni Morrison, the Pieces I Am” examines the life of writer Toni Morrison, her works and the powerful themes she confronted throughout her literary career. Morrison leads an assembly of her peers, critics and colleagues on an exploration of race, history, America and the human condition. Morrison, who died in early August, is the only African-American to win the Nobel Prize in Literature.  She was awarded many literary prizes, including the Pulitzer Prize, and was also awarded the Presidential Medal of Freedom.

The Atlantic Monthly has said that the film, which was released just prior to Morrison’s death, “captures the larger-than-life author in exceedingly human terms.” The Los Angeles Times has called it “moving and profound.” The film is rated PG-13.