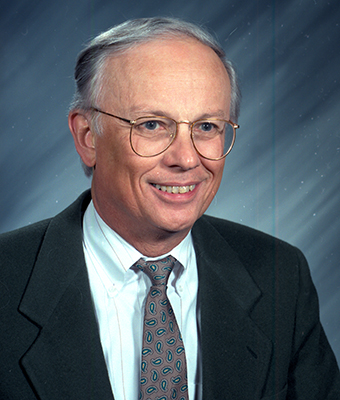 He joined the Hope faculty in 1966 as an instructor.  He was promoted to assistant professor in 1970, to associate professor in 1975 and professor in 1987.  His courses during the spring 1994 semester included Basic Christian Thought, Perspectives on Christ, and Holy Spirit and Christian Spirituality.  He taught a variety of other courses during his time at the college, including Senior Seminars and independent studies.

His book “Karl Barth’s Theology of Culture: The Freedom of Culture for the Praise of God” was published by Pickwick Publications in 1983.  He had articles published in The New Scholasticism, the Journal of Psychology and Theology, and the Scottish Journal of Theology,” among others.

He was a member of several professional societies.  An ordained minister, he had served as pastor for a church in Iowa City, Iowa.  He was a member of Third Reformed Church in Holland, and spoke at or was otherwise involved with many area churches.

He married Eleanor Vanderbeek (deceased) in 1957. They raised three children. His marriage in 1988 to Mary Toppen increased family to include Mary’s children and grandchildren.

He was preceded in death by daughter, Fern Palma.

Arrangements are being made through Dykstra Funeral Home.  A private family service will take place on Friday, Oct. 23, at Pilgrim Home Cemetery. At the family’s request, memorial contributions may be made to the Palma Family Scholarship Fund at Hope College and to Hospice of Holland.