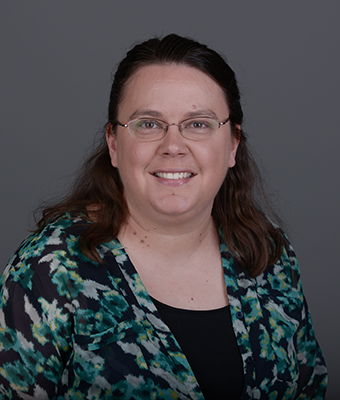 Dr. Jennifer Hampton of the Hope College physics faculty was killed in an automobile accident in Holland on Sunday, March 14.

Hampton, who was 48, was a professor of physics and department chair at Hope, where she had taught since 2007 and was a dedicated mentor of students in collaborative research.

“This loss brings deep sorrow for all of us who knew and loved Jenny as a colleague, friend and teacher,” said Hope College President Matthew A. Scogin in a message sent to the campus community Monday morning.  “As kind and encouraging as she was brilliant, Jenny was a bright light at Hope.”

The college held its Monday-morning Chapel service, offered virtually during the pandemic, as a time of prayer and remembrance.

Hampton taught in all areas of the physics curriculum, from introductory classes to upper-level lectures and laboratories. She also served as the faculty contact for the Materials Characterization Lab, which includes the college's scanning electron microscope and atomic force microscope.

Her research interests were highly multidisciplinary, drawing from chemistry and materials engineering as well as physics, and her areas of expertise included electrochemistry, nanoscale science, scanning probe microscopy, and batteries and fuel cells.  She had received multiple research and equipment grants from the National Science Foundation and had several articles published in refereed journals.  She had made a seminar presentation about her research during the college’s Winter Happening event in 2012.

Her collaborative research with students focused on understanding and controlling the fabrication of inorganic thin films and nanostructures for energy related applications. Through the years, students she mentored in research were co-authors on published research articles and received external awards and honors including a Goldwater Scholarship, a first-place research presentation award during the Annual Meeting and National Student Conference of the American Institute of Chemical Engineers, and being chosen to present research during the American Physical Society (APS) March Meeting, the largest physics meeting in the world.

Born to Charles and Barbara (Settergren) Hampton on November 22, 1972, in Wooster, Ohio, she was educated in the Wooster Public Schools. She received her B.A. in physics with honors from Oberlin College in 1995; her M.Phil. in physics in 1996 from the University of Cambridge in England on a Churchill Fellowship; and her M.S. and Ph.D. in physics, in 1999 and 2002, respectively, from Cornell University. She had also been a post-doctoral fellow in a research laboratory at Penn State.

She was a member of Faith Christian Reformed Church in Holland, where she regularly participated in the worship team and had been a pastoral deacon. as well as a regular singer and clarinetist for the worship team. In addition, she loved her book group, her biking group, and the opportunity to tutor young girls in Kids Hope.

She had an adventurous side as well. She started school in Liberia, West Africa. She explored Europe with her family in 1984, 1995 and 2003. She worked in Cote D'Ivoire with her missionary aunt in 1993 during an Oberlin winter term. In 2018 traveled to China with her best college friend, Chloe Papke, and in 2019 she participated in an Iron Man competition with her gym, Valeo.

A time of visitation will be held on Friday, March 19, from 5 p.m. to 7 p.m. at the Langeland-Sterenberg Funeral Home, located at 315 E. 16th St., on the corner of 16th Street and Fairbanks Avenue, in Holland.

Services are planned for family and invitees on Saturday, March 20, at 11 a.m. at Faith Christian Reformed Church. For those who would like to watch/attend, the service will be broadcast from the Faith CRC Facebook page.

In lieu of flowers, the family requests that any gifts be made to the Hope College Physics Department, the deacons’ fund at Faith Christian Reformed Church, or InterVarsity Christian Fellowship with a notation for “Oberlin College #866.”