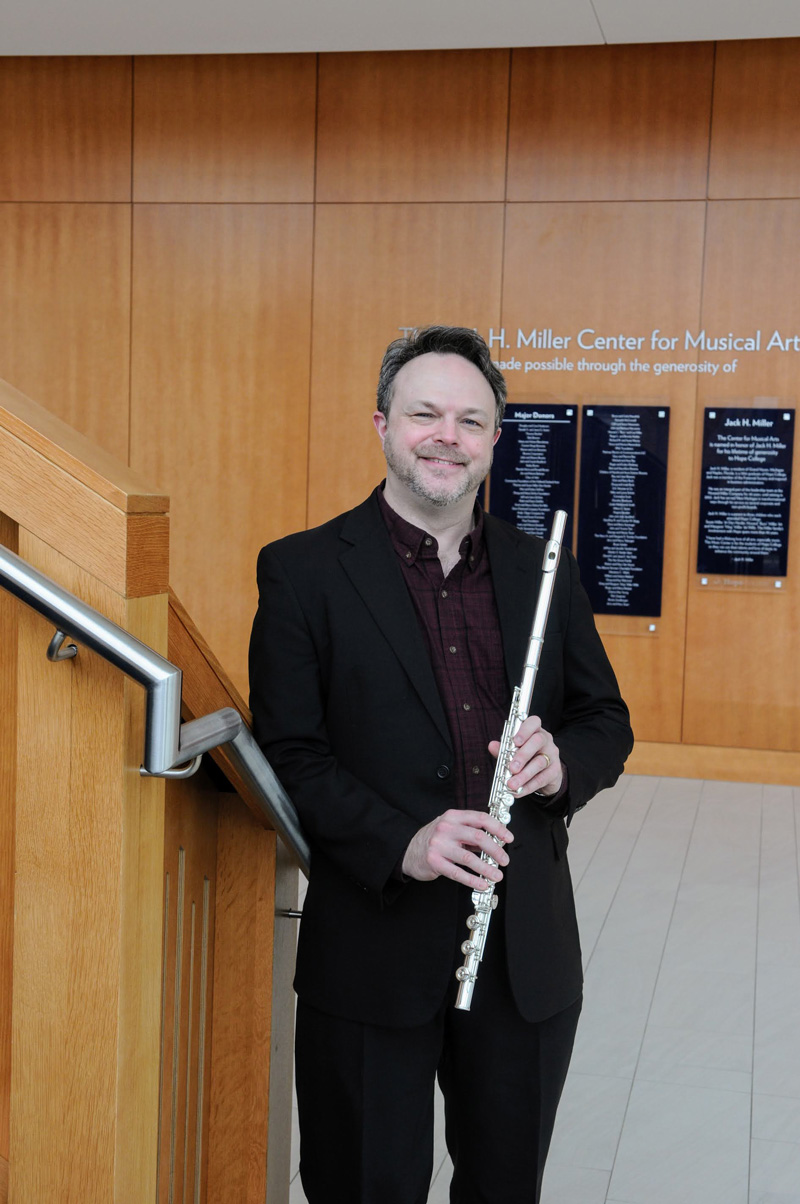 Hope College faculty member and flutist Gabe Southard will perform on Saturday, Oct. 23 at 7:30 p.m. in the Concert Hall of the Jack H. Miller Center for Musical Arts.

The public is invited. The performance is free.

The performance, which was originally scheduled for October 2, will include Franz Doppler’s “Fantasie Pastorale Hongroise”; Blaz Puchihar’s “Rituals”; “Murali for solo flute,” by Marilyn Bliss; and Lowell Liebermann’s, “Sonata for Flute and Piano.” Southard will be joined by pianist Christina Krause.

Robert “Gabe” Southard is an associate professor at Hope College, where he conducts the Wind Ensemble, Concert Band, and the Faculty And Student Collaborative Ensemble (FASCE); teaches flute, and heads up the instrumental division of the Music Education Department. Southard completed his Doctorate of Musical Arts in conducting at Michigan State University.  Prior to his residence at MSU, Southard served as Wind Symphony conductor and Flute Studio teacher at the University of Michigan-Flint.

In addition to his collegiate teaching, Southard has served as a clinician at several high schools and taught at the New England Music Camp.  As a flute player, he maintains an active performing schedule by playing principal flute in the Holland Symphony Orchestra and giving solo and chamber recitals.  He has also performed with the Madison Symphony Orchestra, the Lucca, Italy Opera Orchestra and a number of community orchestras.  Southard was also a semi-finalist in the National Flute Association’s Piccolo Artist Competition and winner of the 2016 Convention Performers Competition, where he performed two new works at the convention in San Diego.  Southard is currently engaged in recording a CD of works by Dana Wilson. In 2020 he was named a Pearl Flute Artist by Pearl Musical Instrument Company.

The Jack H. Miller Center for Musical Arts is located at 221 Columbia Ave., between 10th and 13th streets.