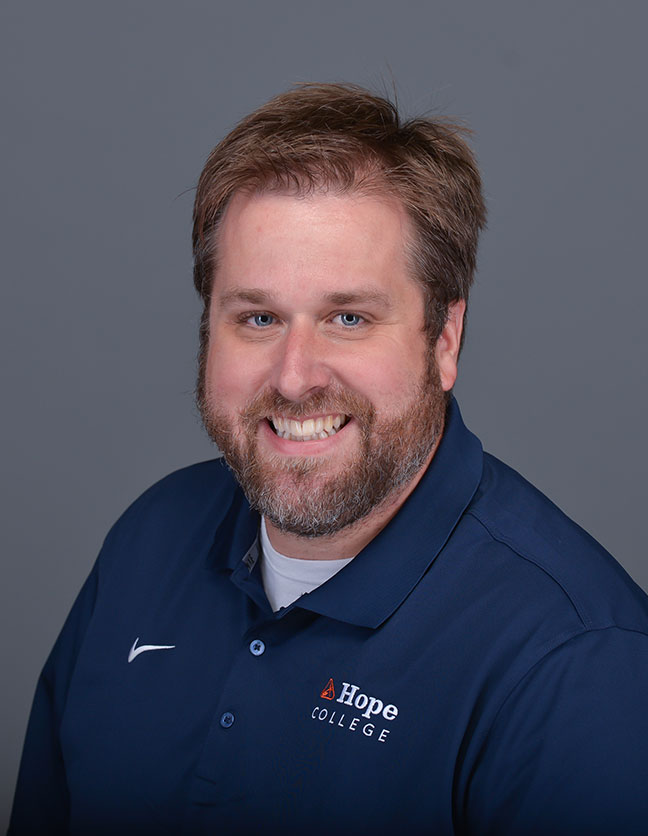 Alan is a member of the College Sports Information Directors of America (CoSIDA). He serves as an assistant coordinator in CoSIDA’s Academic All-America program and is a member of CoSIDA’s Goodwill and Wellness committee. He votes in the national poll for d3football.com.

Alan spent more than eight years as a freelance sports reporter for the Grand Rapids Press and 10 years at the Holland Sentinel as the sports editor, where he coordinated regional sports coverage.

Alan believes Hope is a special place because of the shared desire among students, staff and faculty to utilize their God-given talents to serve and make the world a better place. He sees Hope as a place where Christian faith can be grown and cultivated, providing fruit for a lifetime, and where people can strive for, and achieve, excellence.

Alan enjoys spending his free time with his talented, caring and beautiful wife, Krista, and his two daughters, Madeleine and Elise. He feels that nothing is better than being a husband and a dad. He is also an avid Detroit Tigers and Indianapolis Colts fan.