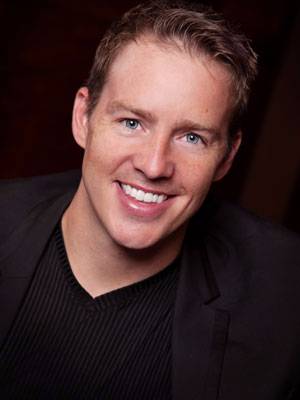 Jeremy Dittus began at Hope in fall 2016. He teaches Dalcroze Eurhythmics to the music majors.

In 2010, Jeremy earned the Diplôme Supérieur, (a doctoral equivalent in Switzerland) from L’Institut Jaques-Dalcroze in conjunction with La Haute École de Musique de Genève and Le Conservatoire de Musique de Genève. Before Switzerland, he had the honor of studying at the Longy School of Music for the Dalcroze Certificate and License. He completed a doctorate of musical arts in piano performance from the University of Colorado at Boulder; for the master of music, he studied piano performance and music theory at the Cincinnati College-Conservatory of Music. During his undergraduate work, he obtained bachelor degrees in piano performance and chemistry. Former teachers include Lisa Parker, Anne Farber, Ruth Gianadda, Marie-Laure Bachmann, Sylvia del Bianco, Sylvie Morgenegg, Laurent Sourisse, Andrew Cooperstock, Michael Chertock, Frank Weinstock and George Cherry.

Jeremy enjoys a career as a pianist, theorist and Dalcroze Education specialist. An avid recitalist, he has performed solo and chamber programs and presented Dalcroze masterclasses throughout the United States, Europe and South East Asia. He currently directs the Dalcroze School of the Rockies Dalcroze Academy teacher-training center at Metropolitan State University of Denver, where he serves on the faculty. A former Lecturer in piano, theory and solfège at the Baldwin-Wallace Conservatory in Cleveland, Jeremy also has taught undergraduate solfège, piano and composition courses at the University of Colorado at Boulder as well as eurhythmics and solfège at l’Institut Jaques-Dalcroze in Geneva, Switzerland, and Colorado State University in Fort Collins, Colorado. He currently serves on l’Collège de l’Institut Jaques-Dalcroze.

Jeremy is the founder and director of the Dalcroze School of the Rockies in Denver, Colorado, one of the few authorized Dalcroze training centers in the United States. The DSR offers Dalcroze Education classes (eurhythmics and rhythmic-solfège) for children (pre-kindergarten through high school), adult enrichment classes and full time study toward the Dalcroze Certificate/License (eurhythmics, solfège, improvisation, pedagogy and plastique animée).

Additionally, he has presented Dalcroze workshops at home and abroad including:

He also serves on the state board for the Colorado Federation of Music Clubs and functions as the vice president of the Dalcroze Society of America. He recently has published books on Dalcroze Education, including Embodying Music: A Textbook for Dalcroze Teacher Training and five books that correspond to the Rhythmic-Solfège youth program in place at the Dalcroze School of the Rockies. While in Geneva, he received top honors including the 2009 Prix pour les qualities musicales exceptionnelles and the 2010 Prix pour les qualités artistiques et pédagogiques exceptionnelles.