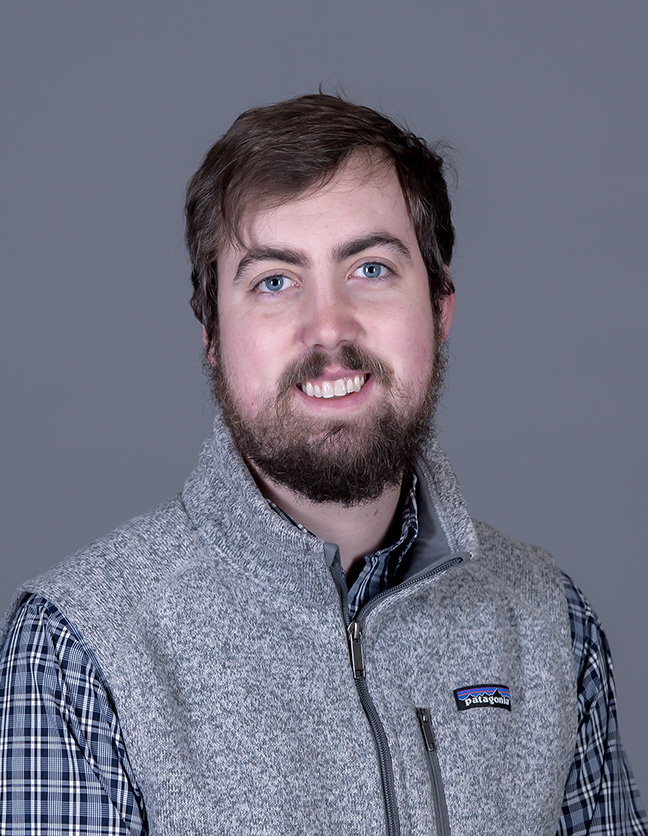 Drew has worked as a freelance audio and video engineer since 2006 and continues this work all over the country. His favorite appointments have been working as the head audio engineer for a production company that recorded Grammy award-winning artists and symphony orchestras, working as an engineer to build television studios for educational programming, and working with Audio Engineering Society regional presidents to plan the 50th educational AES conference. Drew fell in love with teaching audio in graduate school, where he was initially hired as a graduate teaching assistant and then as adjunct faculty who still completing his degree.

Drew loves the framework for learning and deep engagement with students at Hope. He’s inspired by the community and the drive that he sees in the students and faculty to grow their field, themselves and the college. He also loves the incredible new recording studio that he gets to work in every day.

Drew and his wife love to travel. Experiencing new cultures and the reality of other peoples daily lives is something that they love to invest in. They also love to listen to music, attend most-to-all of the Grand Rapids Symphony Orchestra’s classical series and other concerts throughout the year. Drew also loves videography and photography and travels nationally for creative projects of both types.