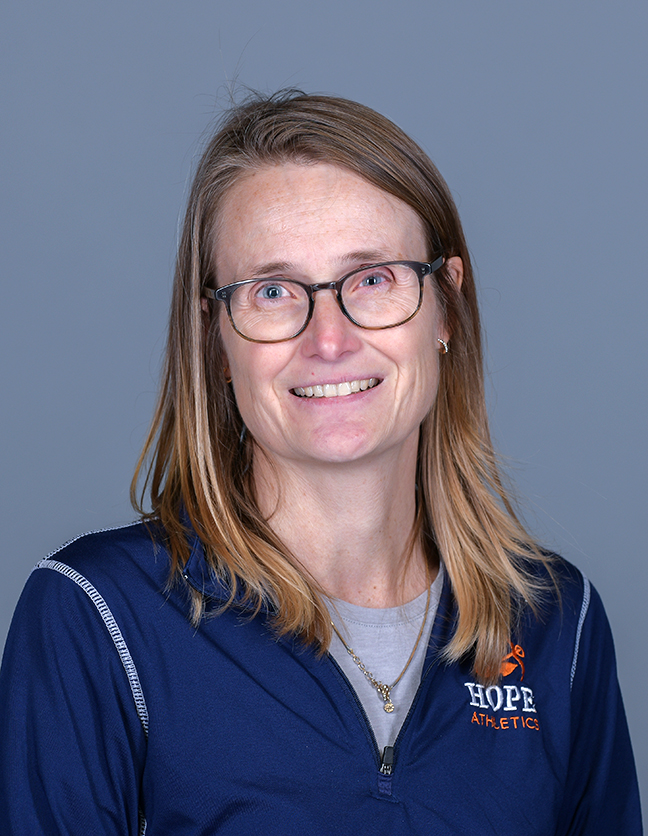 Maureen Dunn joined the Hope kinesiology faculty in 1997. She served as head volleyball coach for seven years, winning four MIAA championships and earning two berths to the NCAA tournament. Tenured and promoted to associate professor in 2003, Maureen resigned from volleyball before the 2004 season but remained a member of the teaching faculty. From 2006–2008, Maureen created and directed the college employee wellness program. She has served as the exercise science program director since 2008.

Maureen has taught a variety of exercise science courses, but now teaches primarily research methods and regulation of human metabolism. Since coming to Hope, Maureen has mentored more than 120 students in independent student-faculty collaborative research projects.

Maureen’s research has focused on invasive human muscle tissue investigation, applied carbohydrate ingestion during exercise and video-game related rehabilitation. Funding for these projects has come from a variety of sources and totals more than $125,000.

She has accompanied 15 students to local and national conferences, and has developed relationships with several internal and external collaborators. Maureen’s current research agenda involves balance rehabilitation in persons with multiple sclerosis.

Maureen is actively involved as a volunteer for the National MS Society. Having served as a research advocate for the organization in the past, she now acts as co-leader for a local MS support group. Maureen and her husband Paul have two children, Natalie and Cameron. Born and raised in Calgary, Canada, Maureen attended the University of Victoria, where she played volleyball.