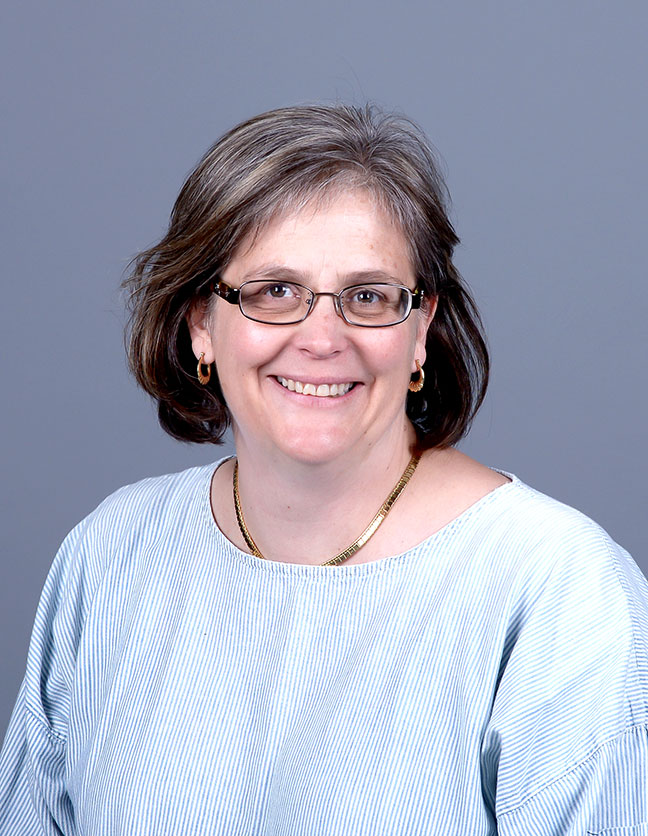 Stephanie Edwards teaches courses in calculus, statistics, multivariate mathematics and analysis, and complex analysis. Her mathematical passion is complex function theory. She has chaired the Department of Mathematics & Statistics since 2018.

Dr. Edwards enjoys building community among Hope College math and statistics students, and to that end helps to organize student events such as Friday Fest — an afternoon of games and problem solving — and brings some of her calculus classes to the Kruizenga Art Museum on the Hope campus to explore how art and calculus intersect. Hope students frequently travel with Dr. Edwards to conferences such as MathFest, the Nebraska Conference for Undergraduate Women in Mathematics (where her students have presented their research) and the national Joint Mathematics Meetings (the largest gathering of mathematicians in the world).

Dr. Edwards is president of Pi Mu Epsilon, the national honorary mathematics society for undergraduate students of mathematics. She has served on its National Council since 2011 in various positions and will conclude her tenure on the council after finishing a three-year term as past-president in 2026. She also is a member of the Association for Women in Mathematics, American Mathematical Society, and Mathematical Society of America (MAA). From 2014 through 2019 she was the associate editor of the MAA’s Mathematics Magazine. From 2011 to 2014, she directed the Michigan Mathematics Prize Competition sponsored by the MAA’s Michigan chapter.

Before joining the Hope faculty in 2007 she taught at the University of Dayton (Ohio) and at Bemidji State University in Minnesota.

Dr. Edwards’ research passion centers on complex function theory — specifically, the distribution of zeros of derivatives of real entire functions of finite order and how the distribution relates to the Pólya and Wiman conjectures. Her work furthers the work of her adviser, Simon Hellerstein; his adviser, Albert Erdei; and his adviser, George Pólya. She, unlike the others before her, has technology at her disposal and is able to visualize mathematics in a way unlike the others. This use of technology has helped create insight on function behavior and lead to new results.

Outside the college, Stephanie balances the roles of wife, super-mom, cancer survivor and mathematician extraordinaire. Her husband, four children and four dogs, like those in Lake Wobegon, are strong, good looking and above average. An avid reader and knitter, an aspiring gardener and chef, and an appreciator of peace, Stephanie engages in the active study and practice of holistic healing.